Banana cakes can come in many forms, from the humble banana bread reworked as a cake, to lovely cakes layered with cream and sliced banana. 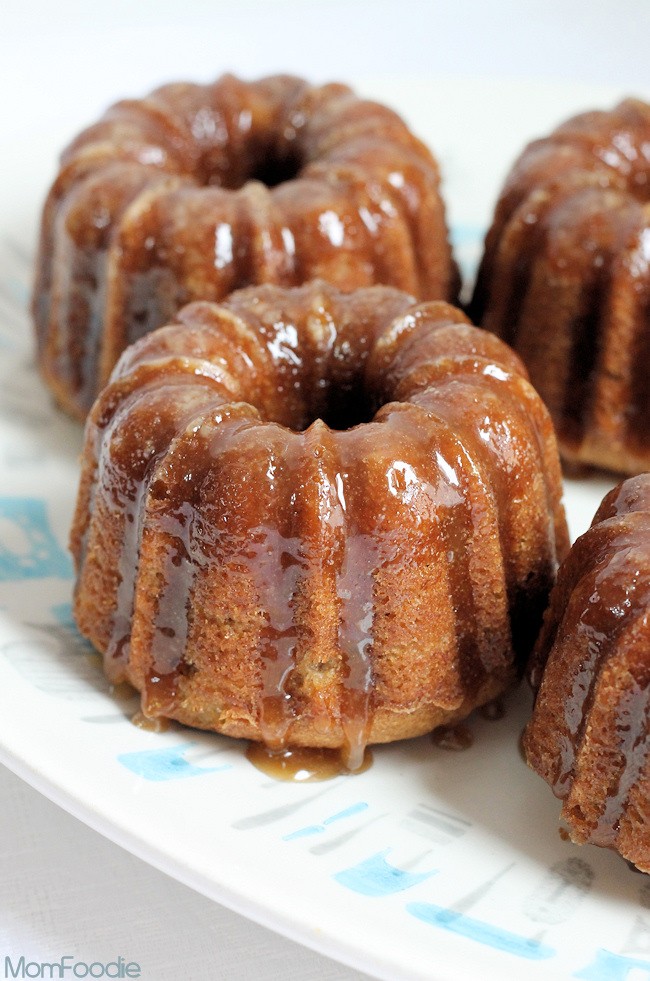 . to make some banana cakes, after the discovery of several peeled bananas abandoned on my kitchen counter, courtesy of my 5 year old.  I've made a few different versions of banana bread in the past, but didn't have a cake recipe handy.  I found a banana cupcake recipe  from the Cooking Light website to use as a rough template for my banana bundt cake batter.

I "spongified" the recipe, by swapping out the yogurt in the original in favor of milk.  Now that the batter was going to be less acidic and I wasn't looking for a dense cake, I opted to change the baking soda for powder, to ensure I had enough lift.  I also upped the butter to keep the airier cake moist & changed out the nutmeg for cinnamon, just because I prefer it.

The glaze was just something I whipped up on the fly, to compliment the little banana cakes.

The swaps teamed with giving the batter a little extra whipping before pouring into the mini-bundt pans resulted in a nice buttery banana sponge cake.

The mini cakes had a soft tender texture, and plenty of spring back, without being chewy.  They did seem to need a little more sweetness, which was promptly supplied with the glaze.  After cooling a little, the glaze poured on smoothly, soaking in just a little and not hardening too much.

I was a little too happy with the end result, and it will probably be showing on my scale :/ 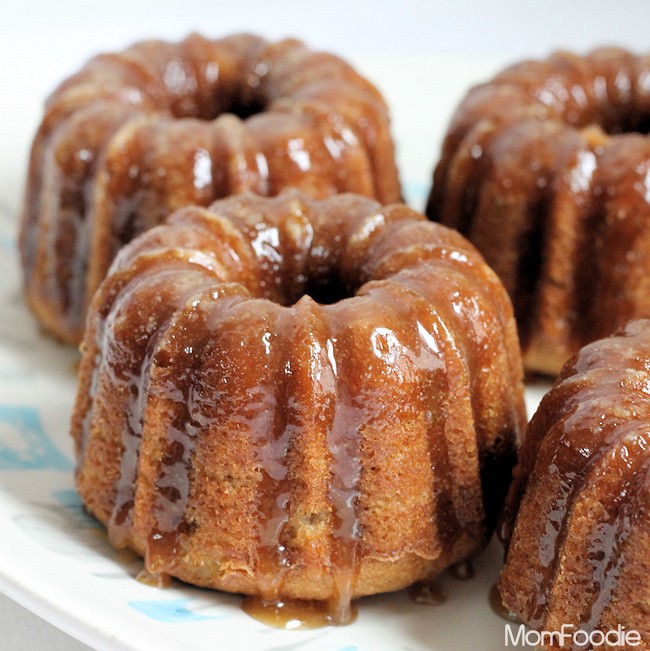 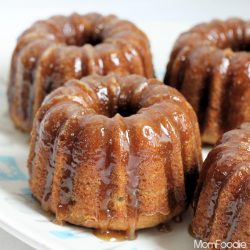 *If you don't have a mini bundt pan standard size cupcake or muffin tins will do (baking time may need to be adjusted a little)
* Time quoted does not include making glaze, which should only take a couple minutes. 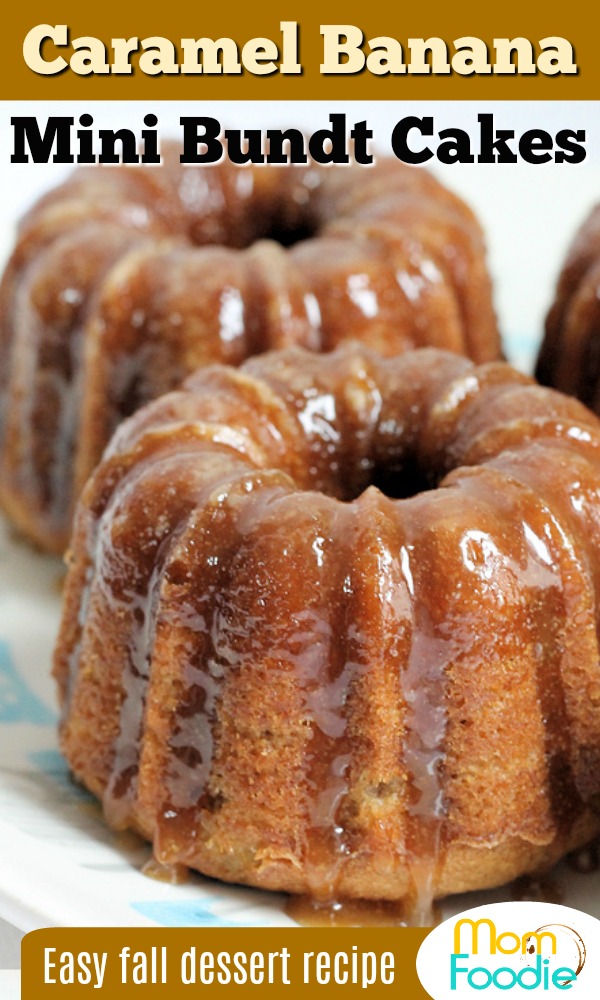