A Halloween Rice Krispies® Bundt Cake with a spooky ghost surprise inside! The recipe creation and post were sponsored by Kellogg’s® Rice Krispies®. 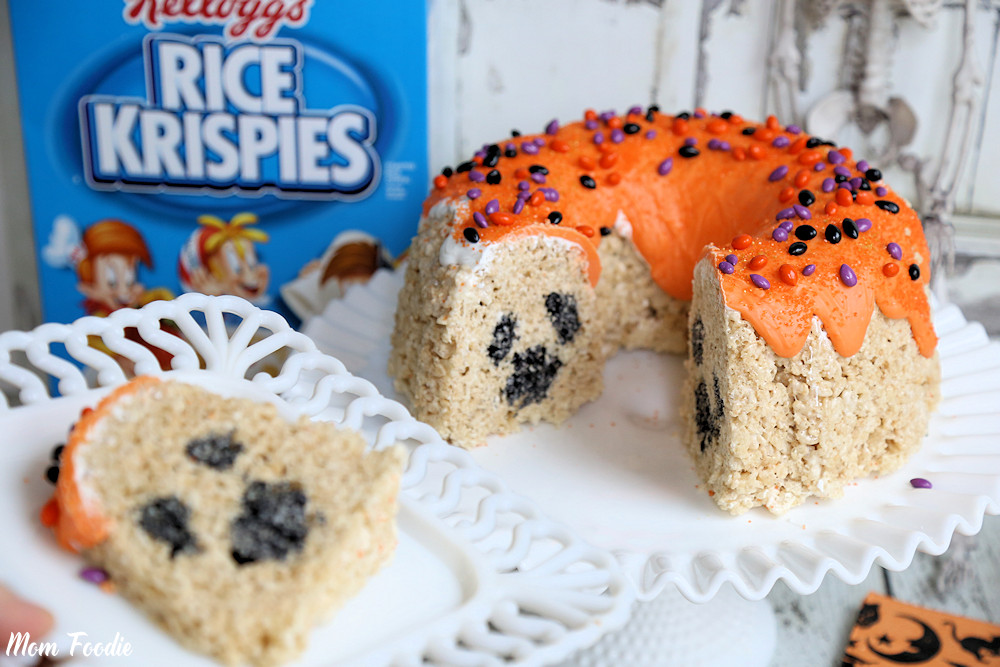 Isn't it fun to find a surprise inside things? It doesn't need to be much, just something you didn't really expect. It's a concept that has been on my mind since my daughter recently developed an obsession with those surprise inside kids videos.  If you aren't familiar, hosts open up plastic eggs, chocolate figures, etc. and excitedly show the children what they found. I admit; I sort of get a little charge out of finding a surprise too. 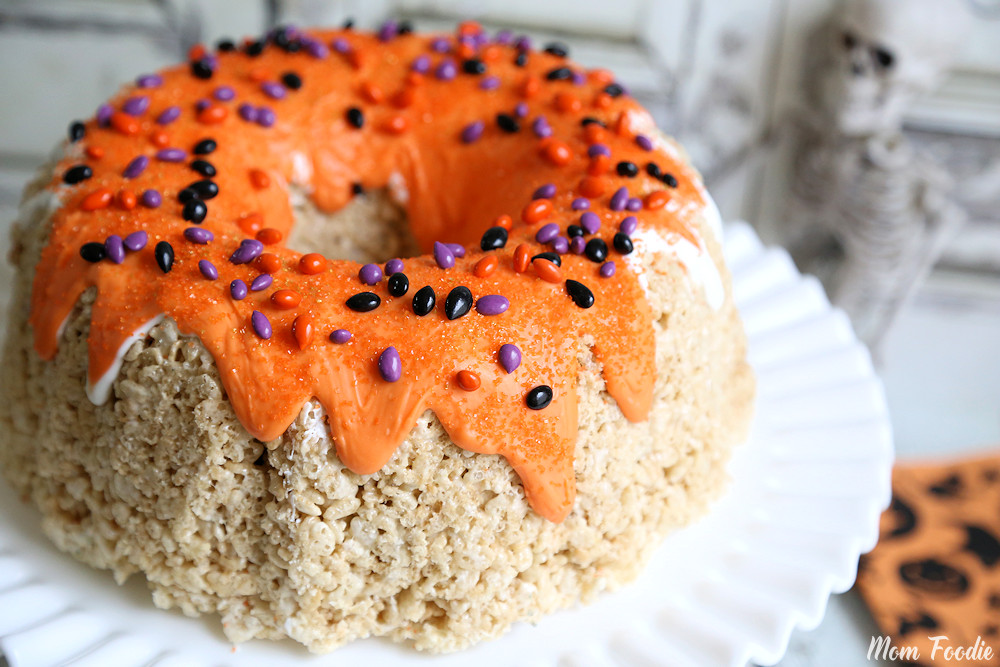 My goal was a Halloween dessert that would look nice on the table before being cut, and would give no hint that there’s a little more to it. 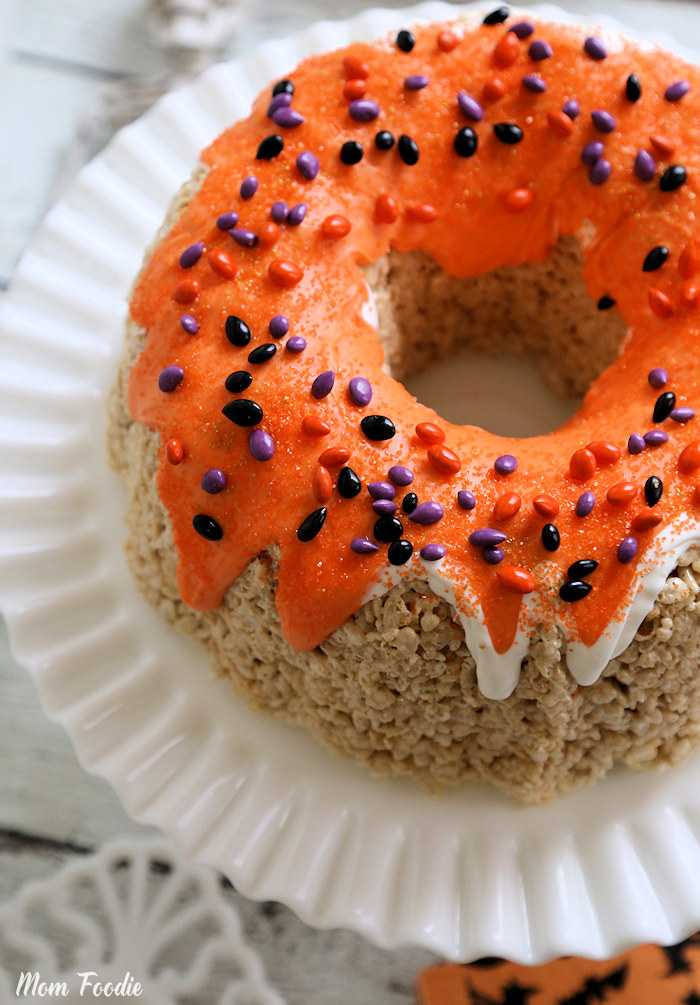 From the outside, this just looks like a Kellogg’s® Rice Krispies® Bundt cake decorated for Halloween with white and orange melted candy, candy sunflower seeds and a bit of colored sugar. I'd say it makes a pretty presentation. 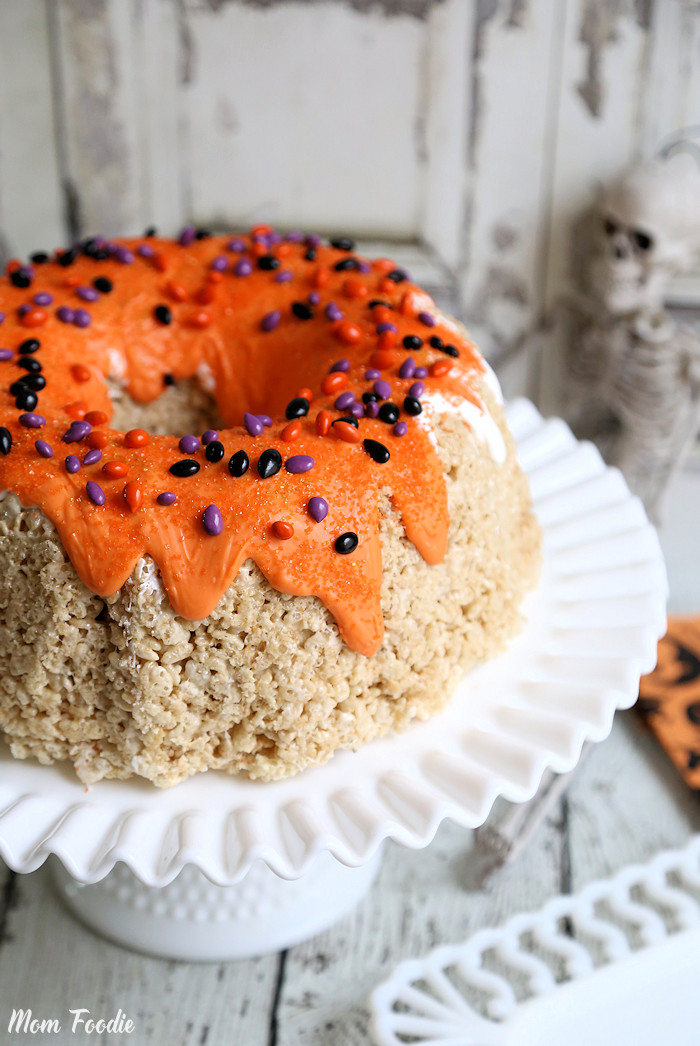 The Halloween Kellogg’s® Rice Krispies® Bundt Cake is also relatively easy to make, and doesn't require a long list of ingredients.  It requires no baking, and is a great project for kids to help with. 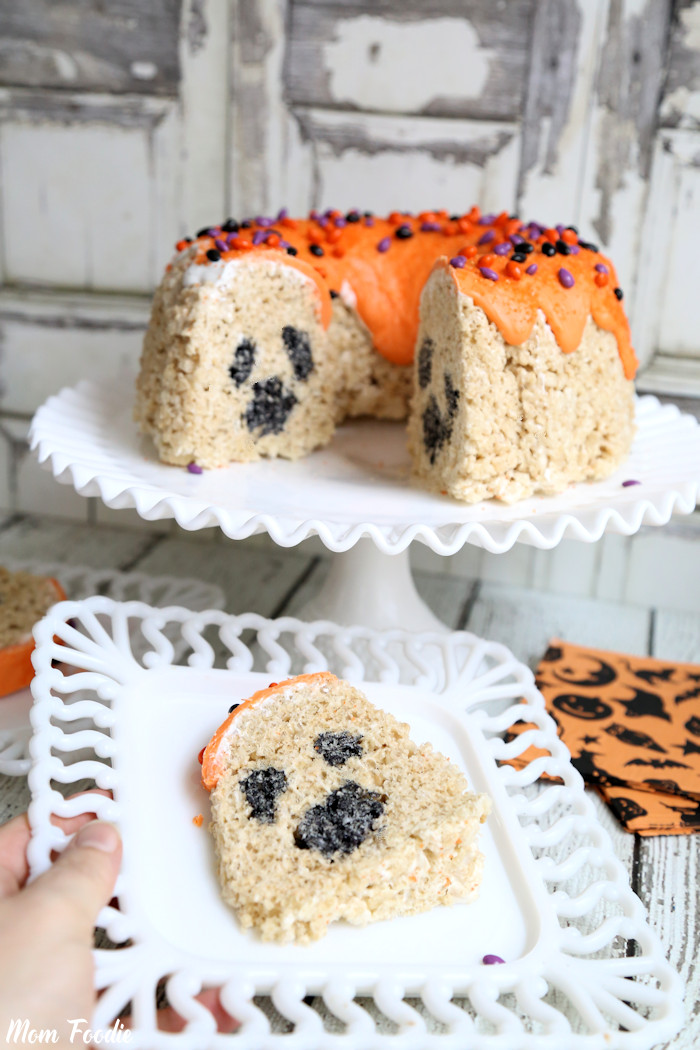 It's only once slices are cut out for serving that the silly little ghost face inside makes his appearance.  Though the face is simple, the iconic ghost features paired with the shape of the bundt make him immediately recognizable.

The design is simple to make and requires no special tools, though I suggest wearing oiled rubber gloves to add the features to avoid getting dye on your hands (not really an issue when cutting and eating the finished dessert though).

The process of assembling the ghost face to loop around the Kellogg’s® Rice Krispies® Bundt cake is rather simple. Full recipe below. 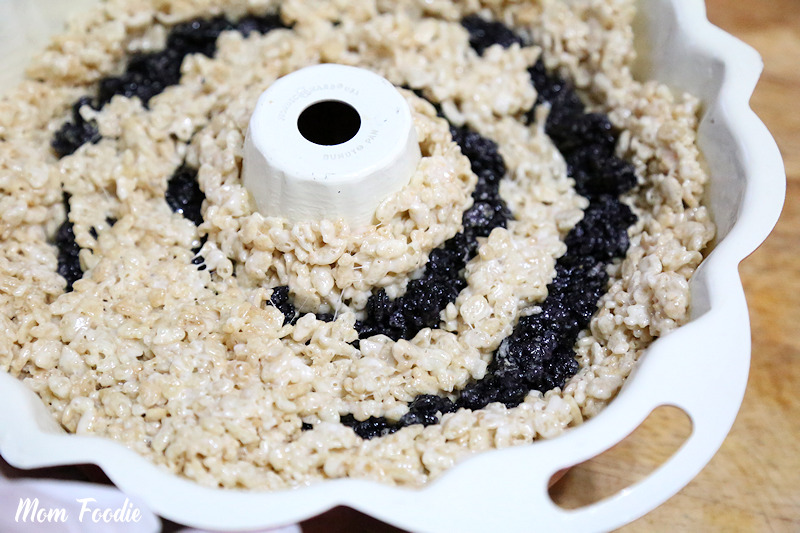 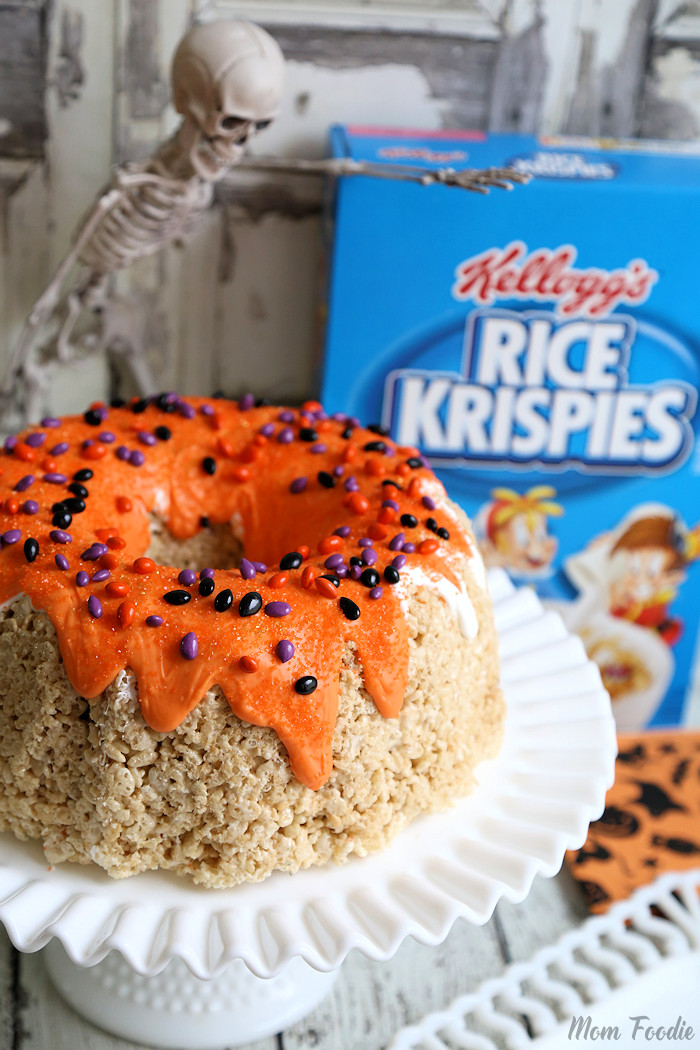 Kellogg’s® Rice Krispies® treat mixture was the perfect easy way to make the ghost face. There was no need to fuss with batter movement or features melting during baking.  The mixture remained malleable enough to work with, and if it starts getting too firm, just warm it a little to soften. 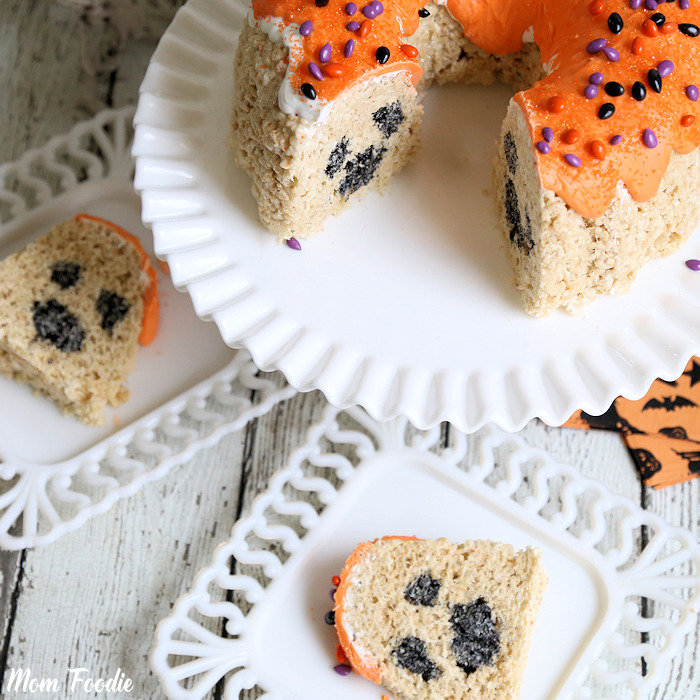 This Halloween Kellogg’s® Rice Krispies® Bundt Cake was so fun and easy to make, that I am already thinking about making another in a different style. 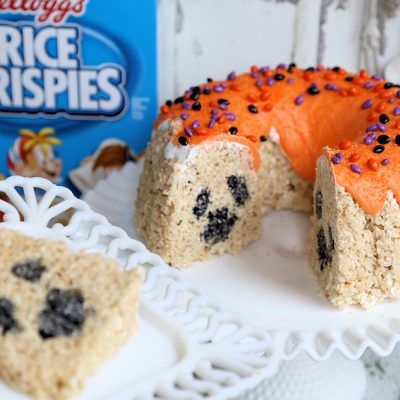