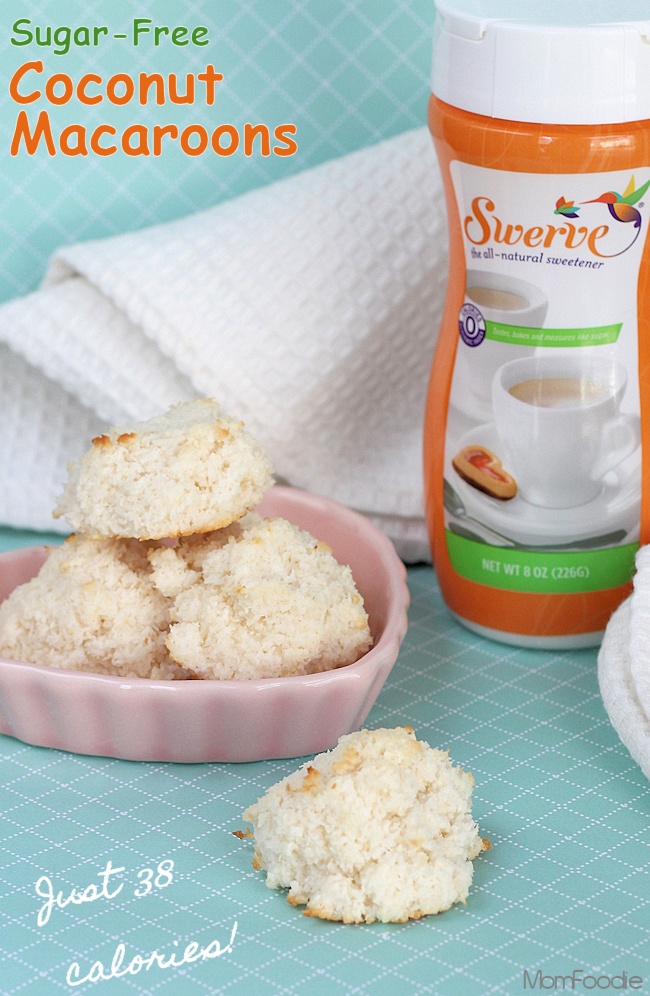 Over the past few months I've been struggling not to regain the weight I've lost over the past few years.  A busy schedule, my ex the junk food junkie staying with us & just the fact that I am mostly a food blogger, have conjoined to create a waistline expanding perfect storm so to speak.  Thus, when I was selected to be a Swerve Sweetener ambassador, I was quite happy to take them up on the offer.

is an all-natural zero calorie sweetener made from fruits and plants, which measures cup for cup like regular sugar.  It is safe for diabetics, as it does not effect blood glucose or insulin levels and does not have the digestive issues associated with some calorie free sugar replacements.  Not only does Swerve measure like sugar, it also has the ability to brown and caramelize like sugar does.  As a fussy foodie, trying to cut calories, that sounds outstanding to me!

On a recent visit to my friend Roberta's house, she had a tub of coconut macaroons on the counter, and I tried one.  To try and stave off her mom's cancer, she has instituted a gluten and sugar free diet for her mother and being a good daughter, she is participating in the diet, as well.  I liked the cookies and have been thinking about my friends, so I decided to whip up a batch of sugar-free coconut macaroons myself using the Swerve sweetener I was sent. 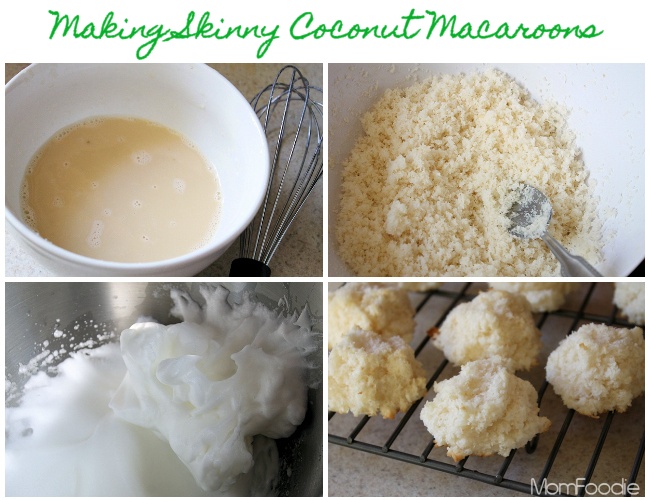 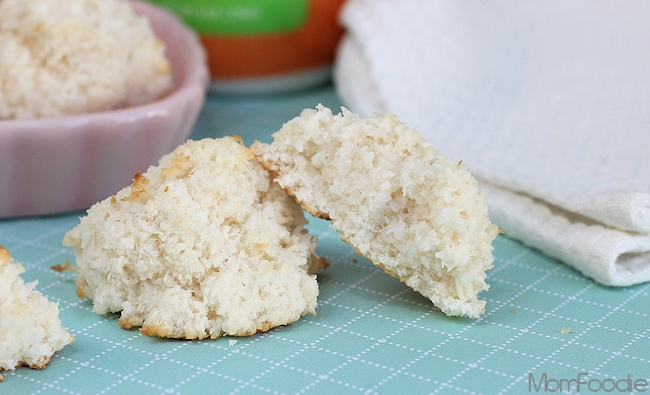 The coconut macaroons tasted great, and at just 38 calories each, I'll certainly be making these again soon. 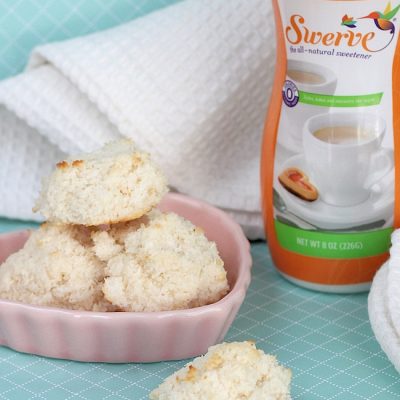 Calories per cookie will be in the 145-165 calorie range if you use shelf stable shredded unsweetened coconut rather than frozen. Thank you to Darla Strickland for pointing out the vast difference.