This Chicken & Eggplant Tikka Masala is a healthy dinner with lots of flavor! 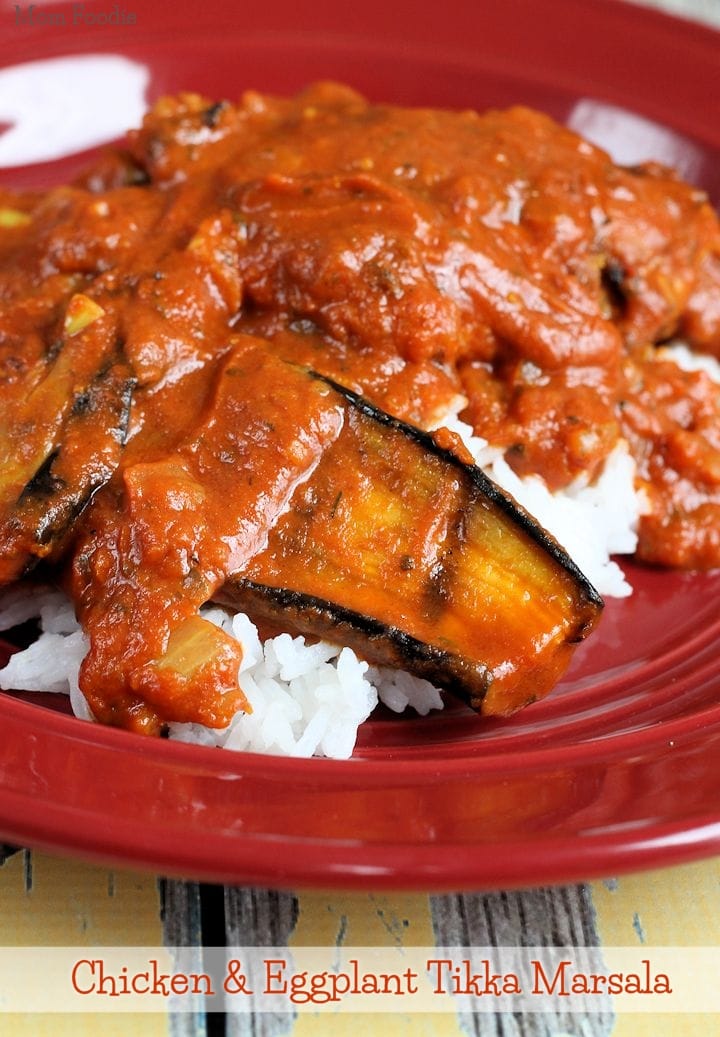 I love Indian food, so when I was challenged to pair a dish with Gallo's Hearty Burgundy, I figured I would give the two a date together.  I found a recipe for Chicken Tikka Masala in the new Cooking Light Global Kitchen Cookbook

, and had most of what was needed on hand.  Since I had a rather small package of chicken thighs, I added eggplant to the dish.  I also went with less garlic, boosting the quantity of onion instead (which was changed to sweet onion, since that is what I generally have). The thighs where kept whole rather than sliced and I used canned tomatoes rather than fresh, but the big thing with Indian food is the spice blends.  Those I pretty much kept intact. 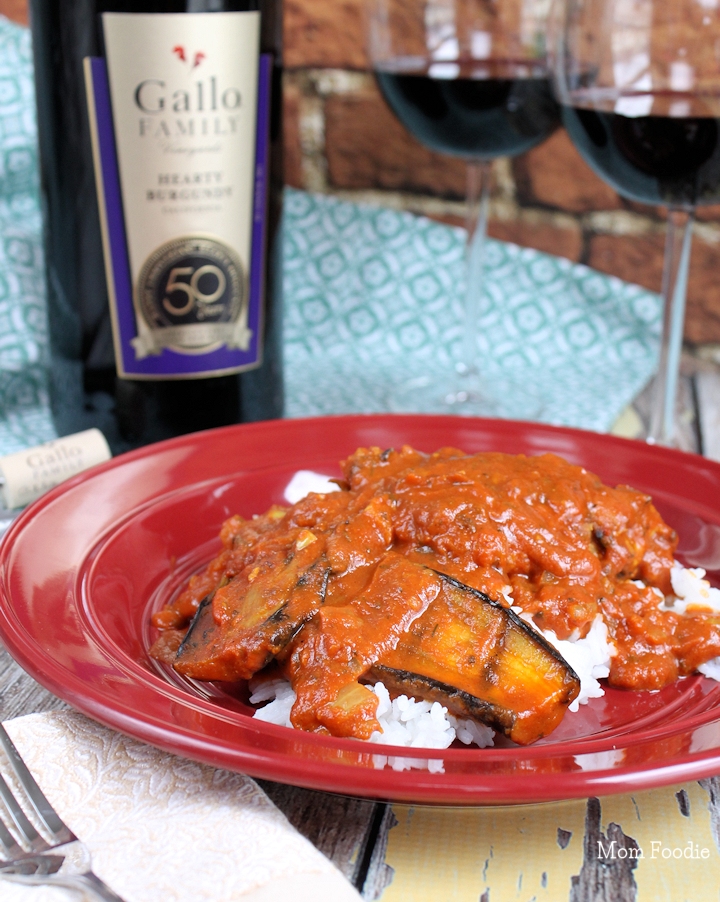 The Chicken & Eggplant Tikka Marsala came out great and teamed up well with the wine. For those seeking a more vegetarian minded dish try my Paneer Tikka Masala Recipe.

If you like this you may also be interested in my Instant Pot Chicken Curry or Grilled Eggplant Parmesan. 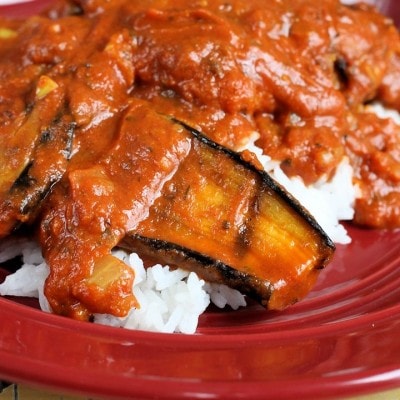