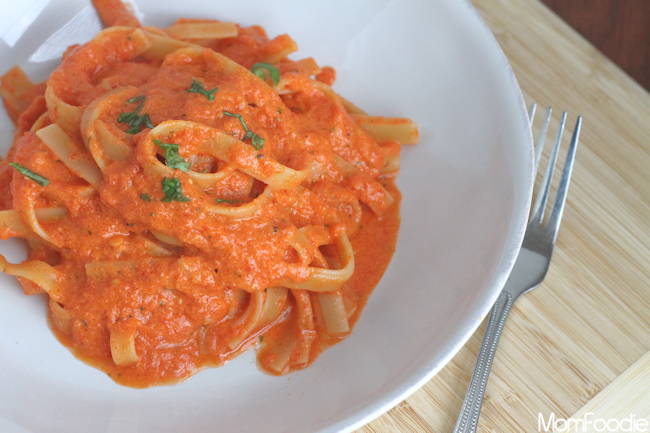 This Fettuccine with Roasted Red Pepper & Goat Cheese Buttermilk Sauce was a rarity in my household... something my daughter and I both ate (well, it didn't quite start that way, there was some drama first). We are both fussy characters.  I'm decidedly finicky about what goes in my meals and she has strong textural and flavor preferences due to her autism.  Typically, I would toss together some of the fettuccine in an Asian sauce with peanut butter, to make my daughter her fave "Chinese Noodles", and make whatever I wanted in another pan.  This time I tossed all the pasta into the creamy red pepper sauce.  It wasn't spicy.  She could try it at least. At first the plate was greeted with tears and a bit of wailing.  I am guessing when she saw the pasta on the stove she must have looked forward to her standard fare.  I told her all she had to do was try it, and if she didn't like it, I would make her something else... but she had to just try it.  The drama went on for a little longer.  Eventually, we ended out on the couch.  After she had snuggled up and calmed down, she suddenly got up went to the table, sat in front of her plate, poked around at it a bit, then pulled out a long noodle and sampled it... then another, and another.  The drama was over, and she scoffed down almost the entire plate of pasta. We went through a similar drama over Nutella a few weeks ago.  The first time she was confronted with it, it just wasn't the peanut butter she expected, so it threw her for a loop.   She went back and tried it on her own later, then proceeded to haunt me for it for days. 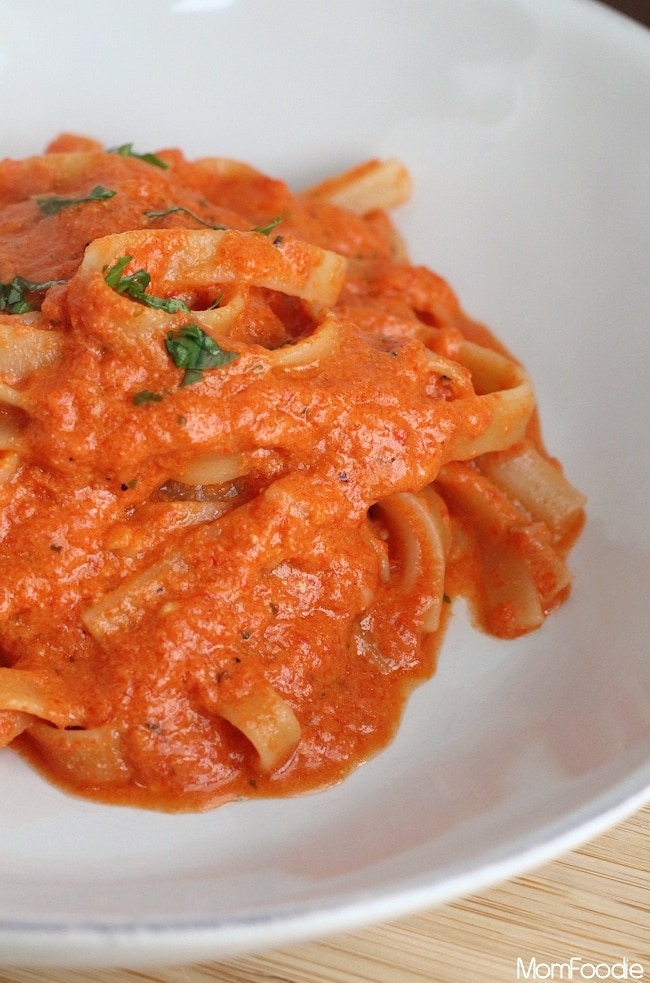 I use buttermilk in my cooking a lot.  It is rich and flavorful without adding the high fat & calories of cream.  Although in this recipe the butter and goat cheese push those numbers back up a bit, they would have probably gone into a cream based version anyway.  The sweet red pepper adds a hefty dose of vitamins A & C, along with plenty of B6 and folate. The peppers also  help keep the calorie count reasonable. 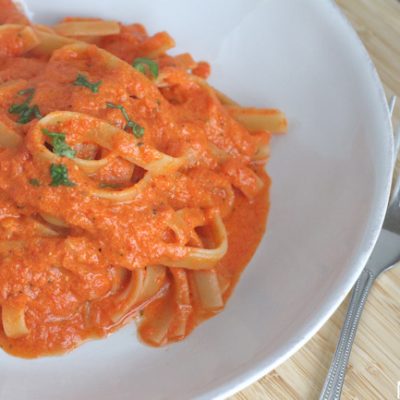