What could possibly be more festive than Pumpkin Eggnog Cheesecake this holiday season! 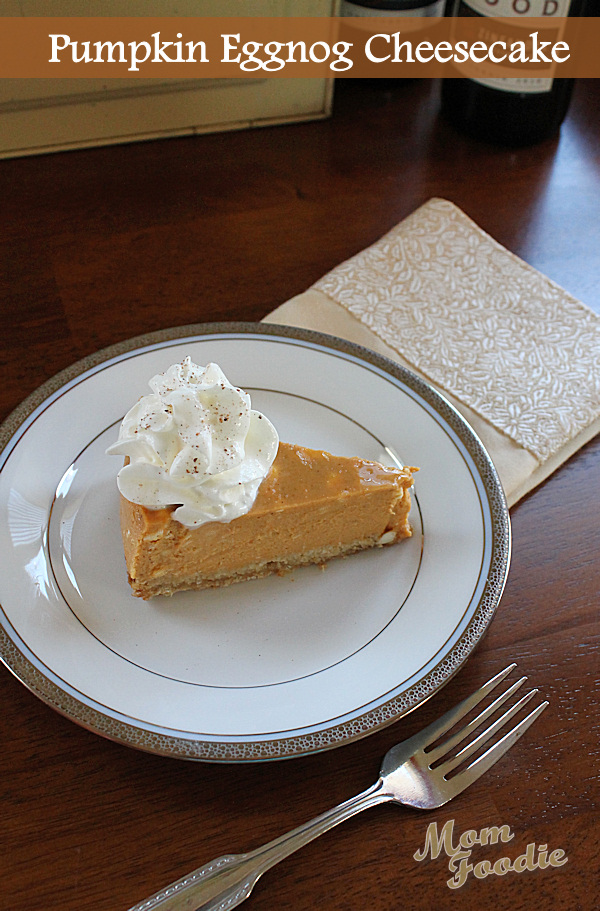 Twas' the night before Thanksgiving, and visions of cheesecakes and pies danced in my head... the only thing was, I couldn't quite decide what  holiday dessert to make.  It was getting late, so rather than push my fickle mind into a decision, I decided to go with a "fly by the seat of me pants" baking strategy, and started popping things into the mixer.

The direction of a Pumpkin Eggnog Cheesecake recipe quickly started to emerge.  It was sort of a cross between a pumpkin pie, chiffon pie, custard and cheesecake, with a bit of extra nutmeg, to ensure "eggnogginess"... sort of an all-in-one holiday dessert.

I crossed my fingers, as I put this baby in the oven, and carefully watched the progress as it baked.  An hour and a half later, it was nicely set, with barely a hint of cracking. So far so good,  hopefully the taste and texture would fare as well the next day. 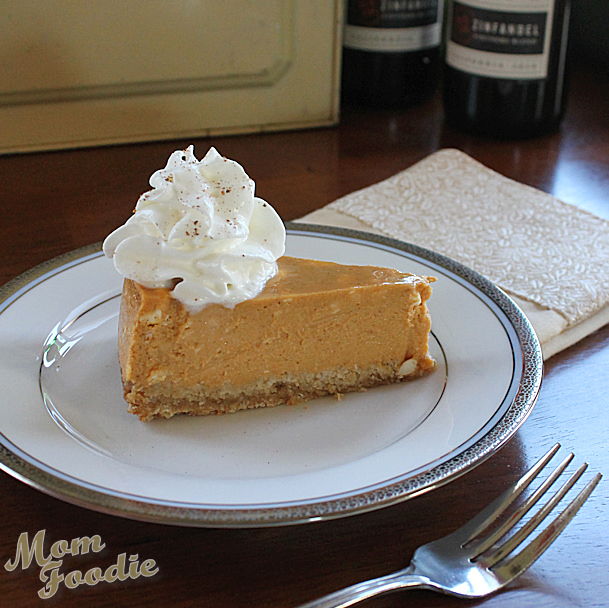 All was well, on Turkey Day.  The Pumpkin Eggnog cheesecake was not as dense as a typical cheesecake.  It was moist and the pumpkin showed through nicely, there was a mild tang from the cream cheese and subtle eggnog  taste, as well.  My reckless last minute concoction was a success.

Here are a few more dessert recipes to consider for your holiday table.

NOTE: The recipe does not include premade eggnog. This is NOT a mistake. The ingredients of the cheesecake provide the eggnog flavor. 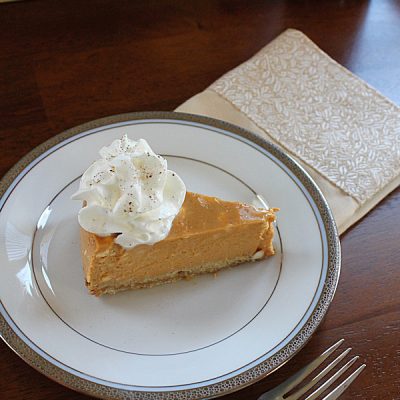