Tres Leches Cupcakes are a moist and delicious. They are a perfect dessert for casual parties and celebrations. The name means "three milks", which is appropriate since the recipe is made with condensed milk, evaporated milk and heavy cream. The cupcakes are then topped with a fresh homemade whipped cream frosting!

These cupcakes are a perfect choice for Cinco de Mayo or Quinceañera celebrations.  It is a commonsense approach to the cake recipe. 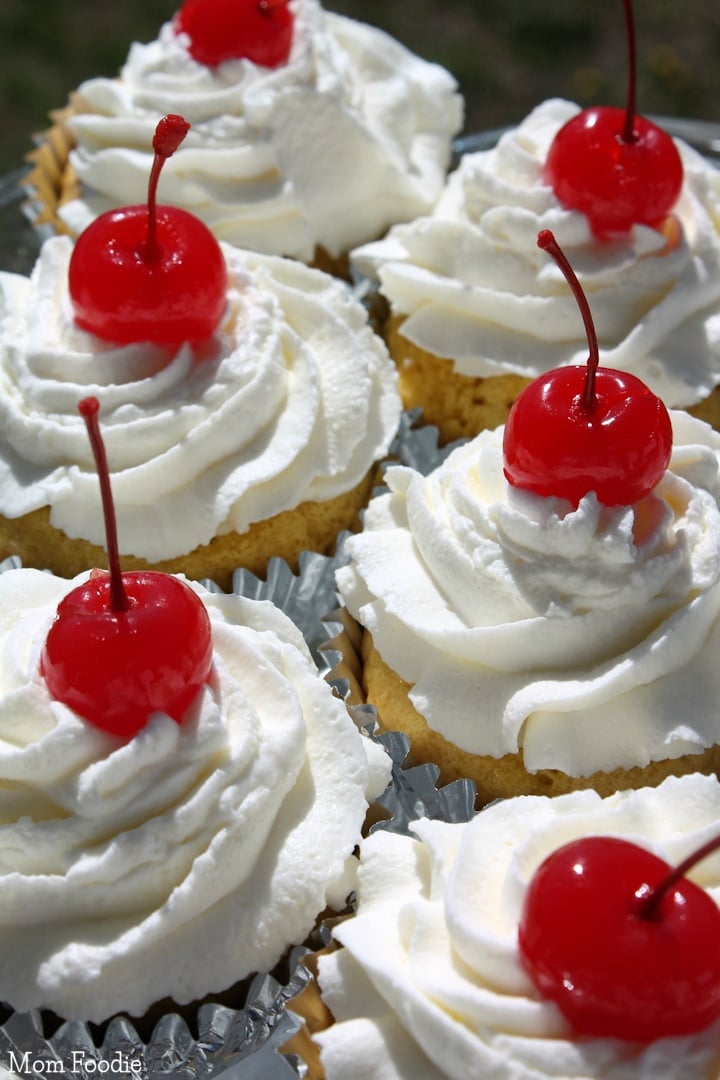 Tres Leches cake originated in Mexico, probably in the state of Sinola in the 19th century [ref] and has become widely popular throughout Latin America. It has become more popular here in the U.S. in recent years as well.

If you've never had this Mexican dessert before, expect a a light fluffy cake that is made rich with heavy milk products. These cupcakes are soaked in a sweetened milk mixture, and the texture is somewhere between cake and pudding.

Since cutting and serving a really moist cake can be challenging, a cupcake recipe seemed the perfect answer. The individual servings make a festive presentation too. The cupcakes may be removed from the wrapper and eaten like a regular cupcake, or scooped out with a spoon at more elegant gatherings. 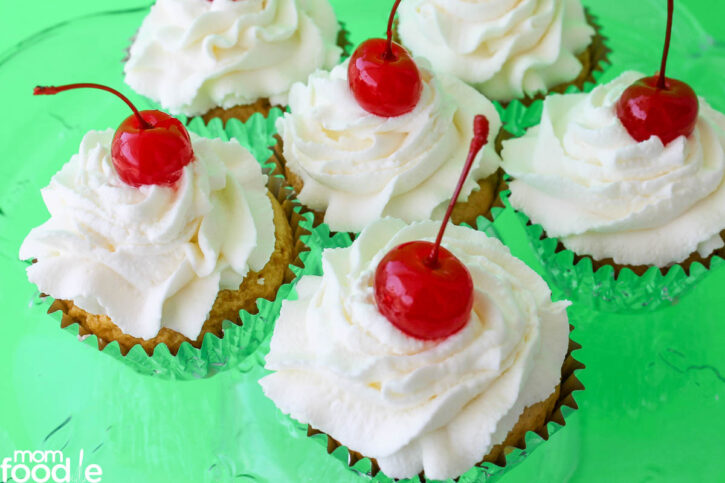 Many Tres Leches recipes include brandy or rum in the soaking sauce. If you want to use liquor, simply add two or three tablespoons to the milk mixture before spooning it over the cupcakes.

How to Make Tres Leches Cupcakes 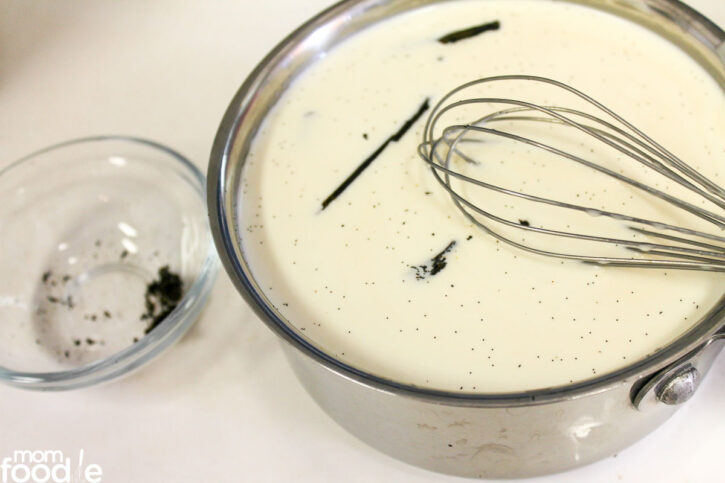 Yes, you can use vanilla extract, but pods or paste will give you a better flavor. 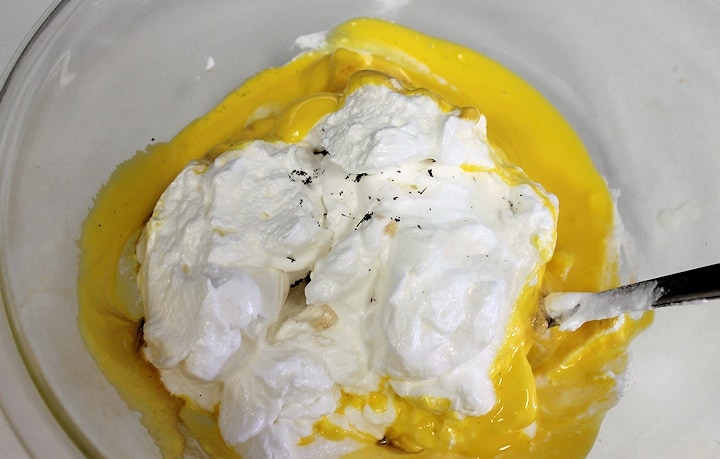 Prepare the egg whites by beating well, then slowly adding sugar until stiff peaks form.  The egg yolks are beaten separately, until thick.

The two are then folded together in a large bowl to create an egg mixture. 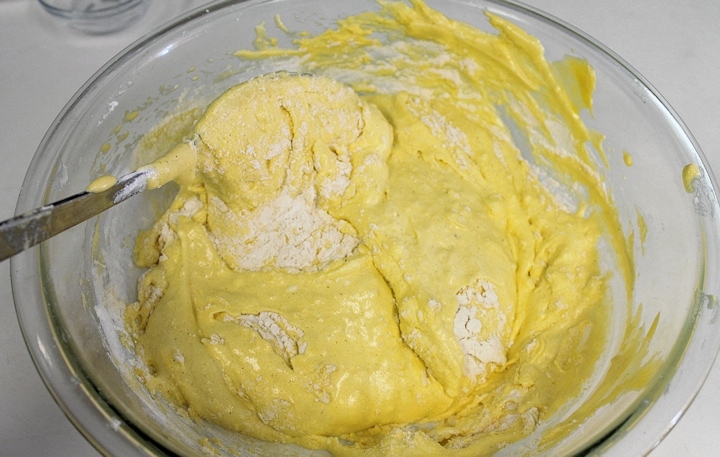 Mix the cake batter together. 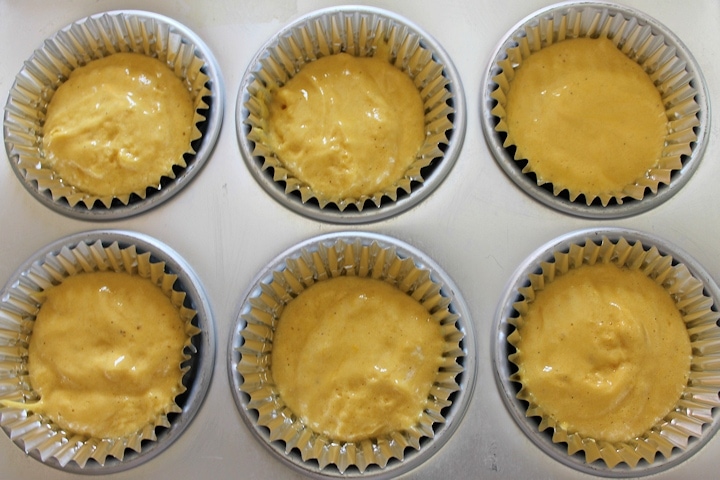 Fill cupcake liners ½ full and bake until a pick inserted in center comes out clean.

Foil liners are preferable over paper liners, as liquid will be added after baking. 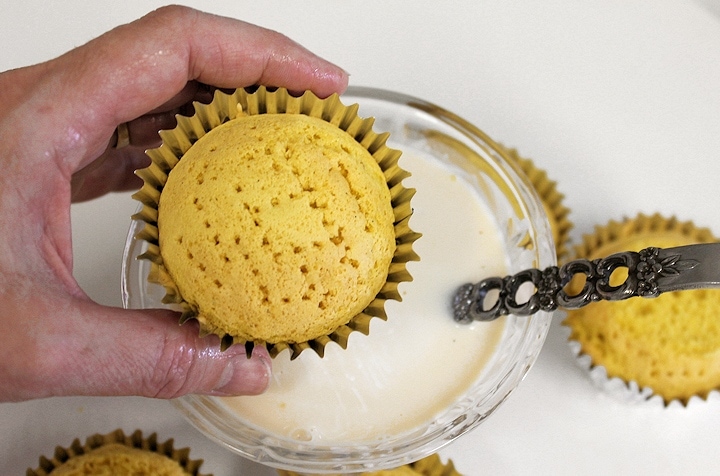 Poke holes in the baked cupcakes.

Spoon the milk mixture over the cupcakes shortly before serving. It will absorb quickly.

Pipe the whipped cream frosting on the cupcakes  and top each with a cherry for a festive touch.

Enjoy these Tres Leches Cupcakes on Cinco de Mayo, or anytime you want a fun moist cupcake for your guests. 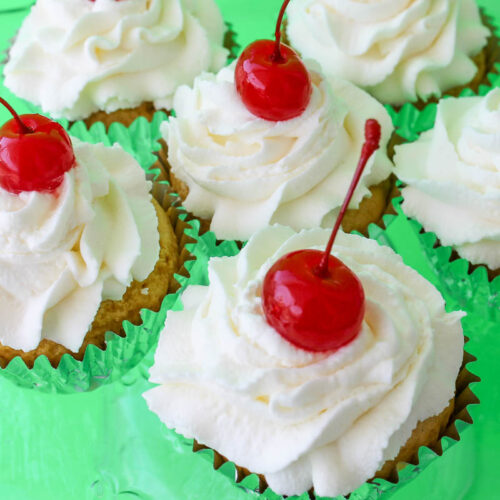 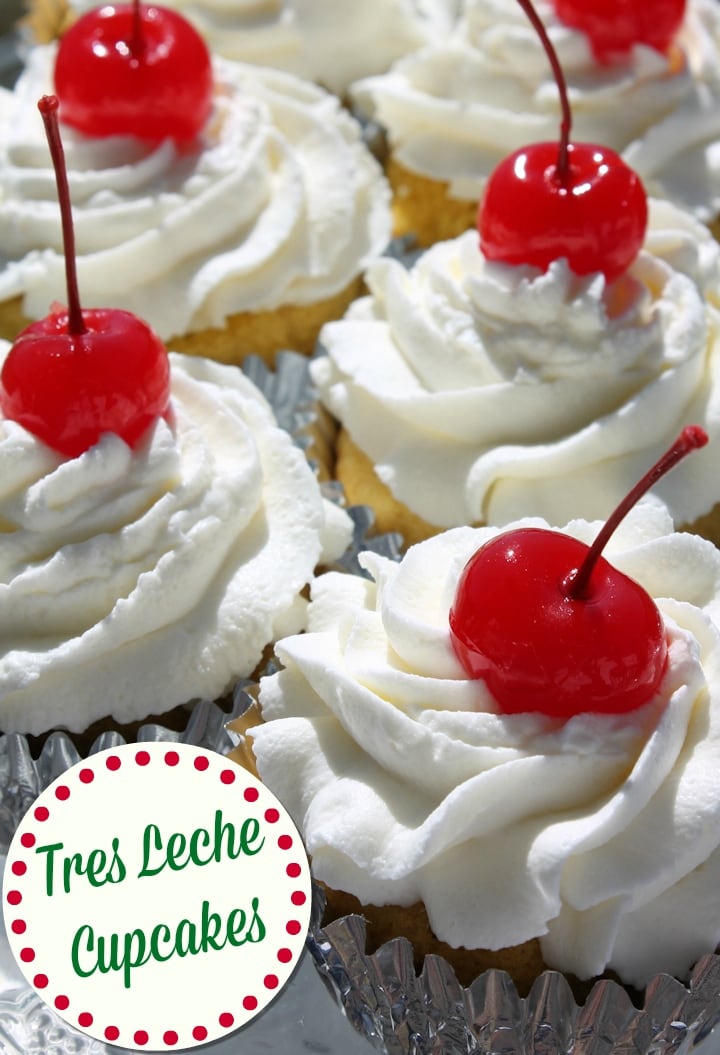