No need to miss dessert this Thanksgiving. I have a Keto Pumpkin Cheesecake for you today! The recipe makes a nice big holiday sized low carb cheesecake.

It’s also a great way to introduce keto friendly desserts to your friends and family. Yes, you can eat cheesecake on keto! 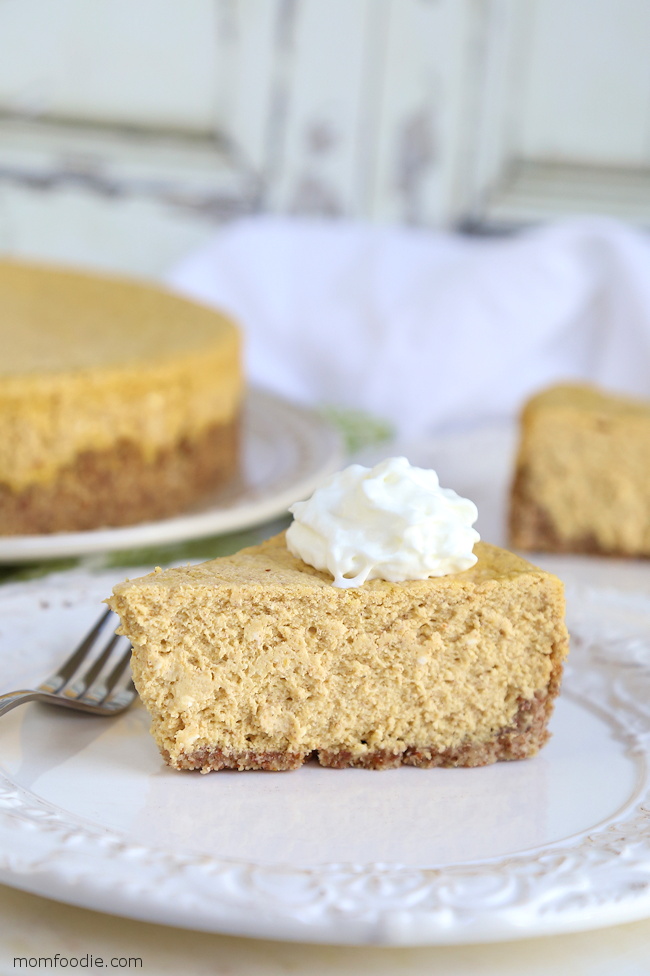 This keto cheesecake is my low carb dessert solution for the holidays. I started Keto a few months ago and have been cycling between a strict keto diet, highly focused on reducing inflammation, and lazy keto. I am feeling great. This low carb pumpkin cheesecake is a great fit, no matter what version of the diet you are following.

When we are doing great on the keto diet, the last thing we want is to fall off the wagon on the holidays. Planning ahead with low carb versions of holiday favorites makes staying on track during the holidays so much easier. This Keto Pumpkin Cheesecake has just 4 net carbs per serving and I promise you won’t miss the sugar. The low carb dessert is sweetened with organic erythritol

* and the crust is made from almond flour

I have to say … it turned out great!

Just team it with turkey and some low carb recipes and Thanksgiving is Keto!

*Erythritol is a naturally occurring sugar alcohol found in some fruits, vegetables and fermented foods. It doesn’t really digest and has little effect on net carbs. 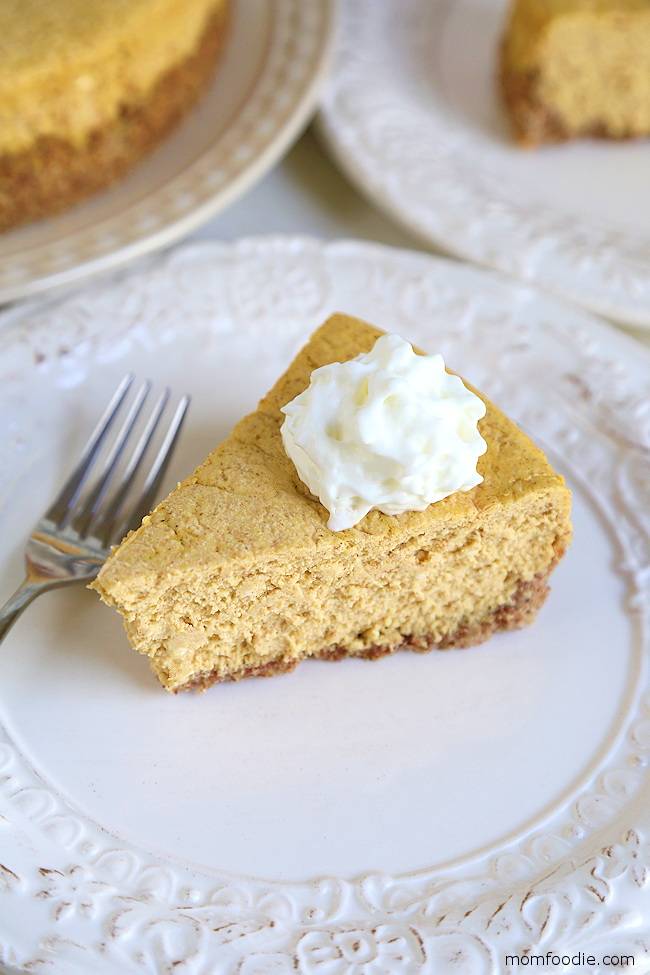 Although cheesecakes are relatively easy, I’m sure we have some newer bakers looking to try the recipe. So, here is a visual walk through of the process to help out.

I know I find it reassuring to see my progress look like the original when I am making an unfamiliar recipe. I have a few friends that are visual learners. This spurs me to be conscious of taking pictures while making recipes.

Ingredients You Will Need

Here are all the ingredients you will need to make your Keto Pumpkin Cheesecake.

See the printable recipe card below for ingredient measures.

First preheat your oven to 350 degrees. Make sure you have all the listed ingredients, then coat the interior of a springform pan with cooking spray. 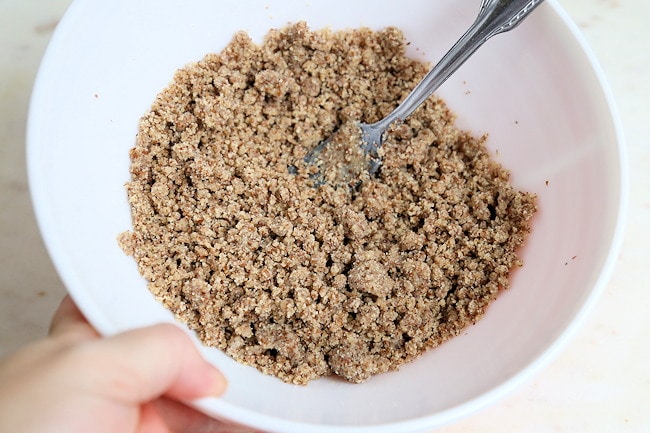 Now mix almond flour and butter together with a little erythritol and sea salt to make the crust mixture. Softened room butter is best, but if you forgot, just melt it. It will still work fine. 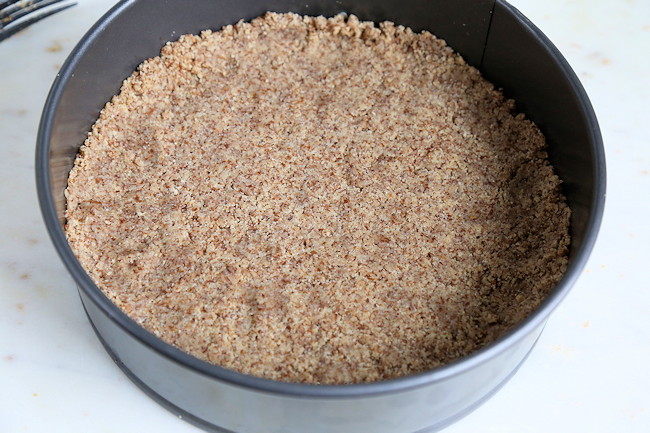 to create the almond flour crust.

Bake your low carb cheesecake crust for 12-14 minutes to lightly brown, while you work on the cheesecake filling. 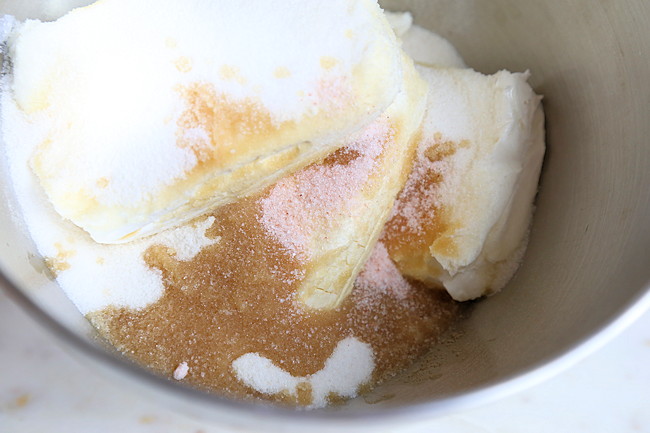 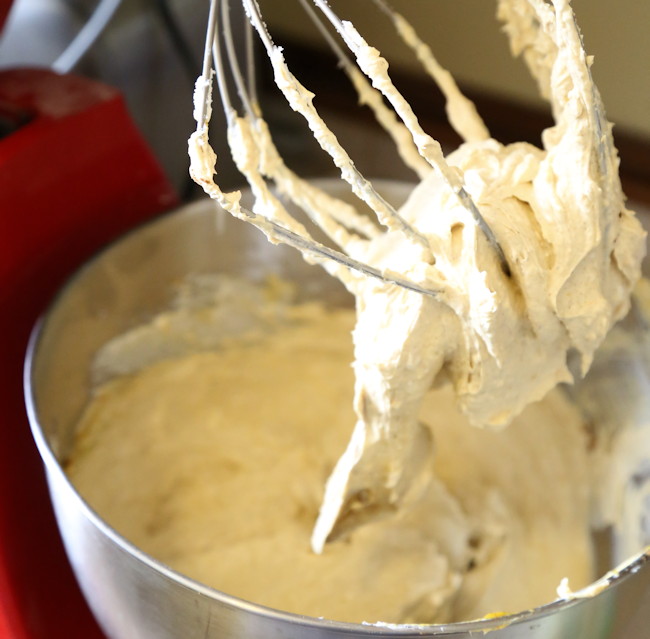 Beat in the pumpkin puree. Add pumpkin pie spice and cinnamon, then double check the flavor before adding eggs.

Add a little more spice, salt or sweetener now if you need to, before the eggs go in. 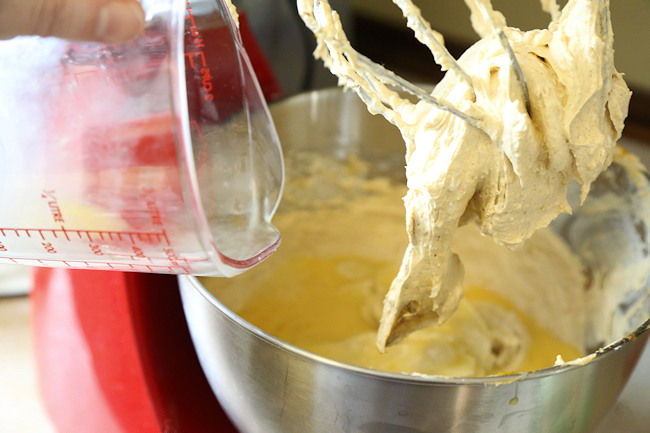 Now beat the eggs in. Don’t be shy about it, but start slow and increase beating speed.

I am using a stand mixer but a hand mixer will do just as well. 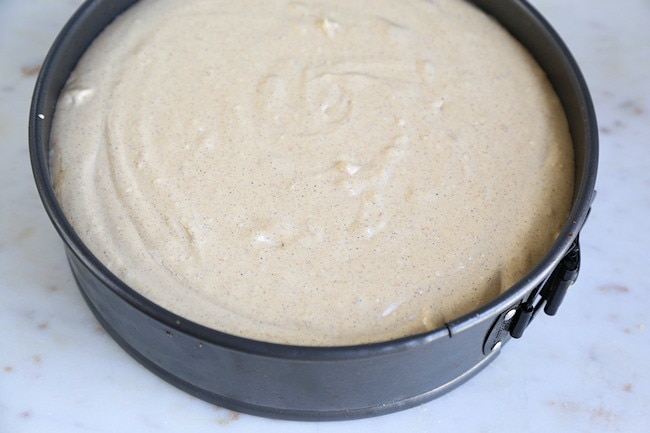 Dump the cheesecake filling into the pan and spread out a little. It will then self level. 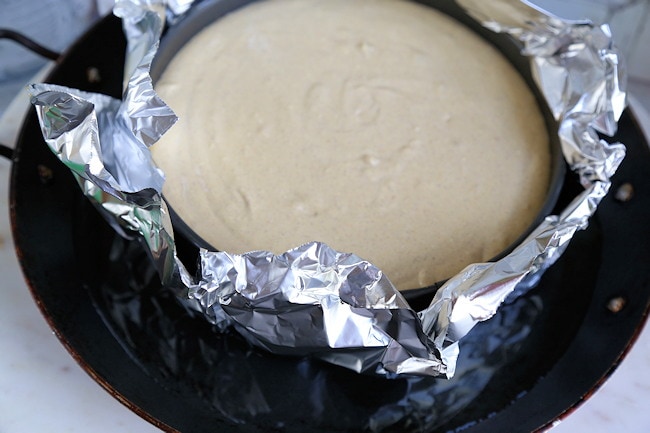 Envelope the springform pan in foil and place in a shallow water bath. Just an inch or so is sufficient to ensure a nice evenly cooked cheesecake. 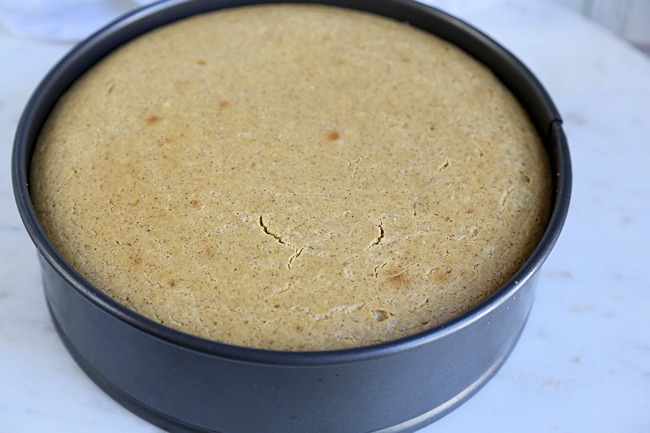 Bake for 85-90 minutes, until most of the cheesecake feels slightly spongy to touch, but center is still a little jiggly.

Allow your dessert to cool completely before placing tin the refrigerator.

The keto cheesecake can be removed from springform when fully cooled to room temperature, but you may find it easier to remove without cracking if you chill it first. 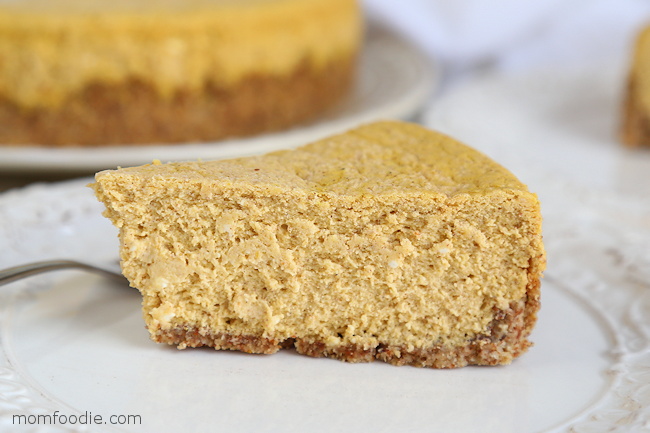 The almond crust is thick enough that it should hold up well, without becoming stodgy. 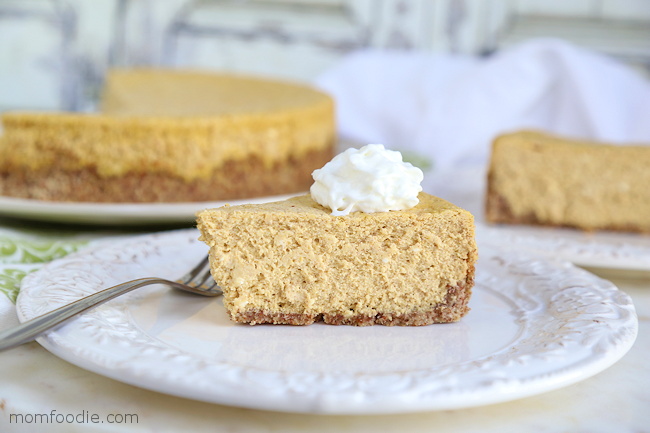 Top with some freshly whipped cream to serve. Add a little keto-friendly sweetener to the whipped cream, if you like. I personally just whip it and dollop it on. 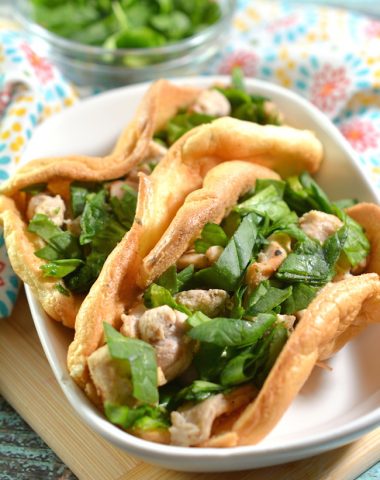 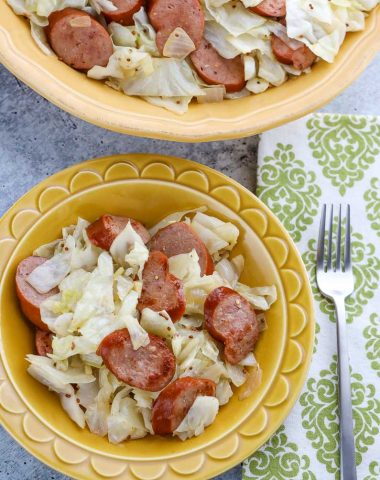 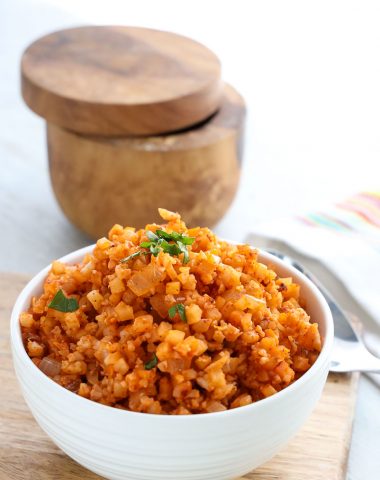 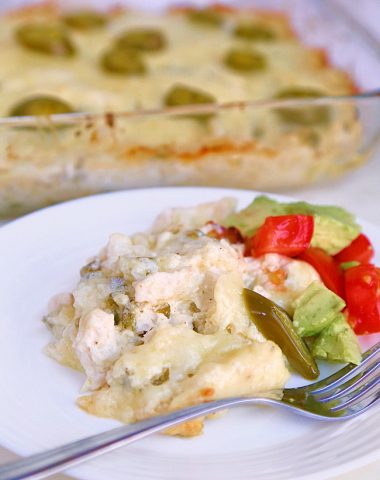 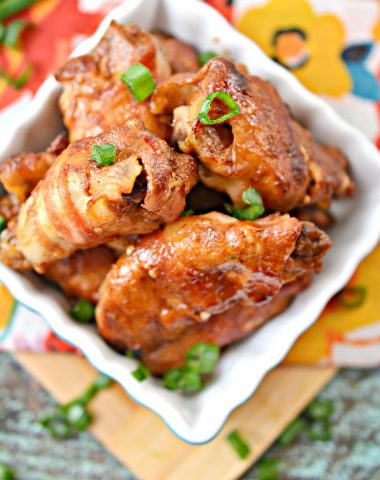