A Paleo Veggie Burger recipe for those following a paleo/primal lifestyle, but don't eat meat. These have no beans or grain in them. The veggie patties are: gluten-free, grain-free, legume-free, Clean Eating, Paleo, Primal, and Whole 30 compliant.

The recipe does include eggs. If you are looking for a vegan burger, I do have a gluten-free vegan buger. That one does include beans and quinoa though. 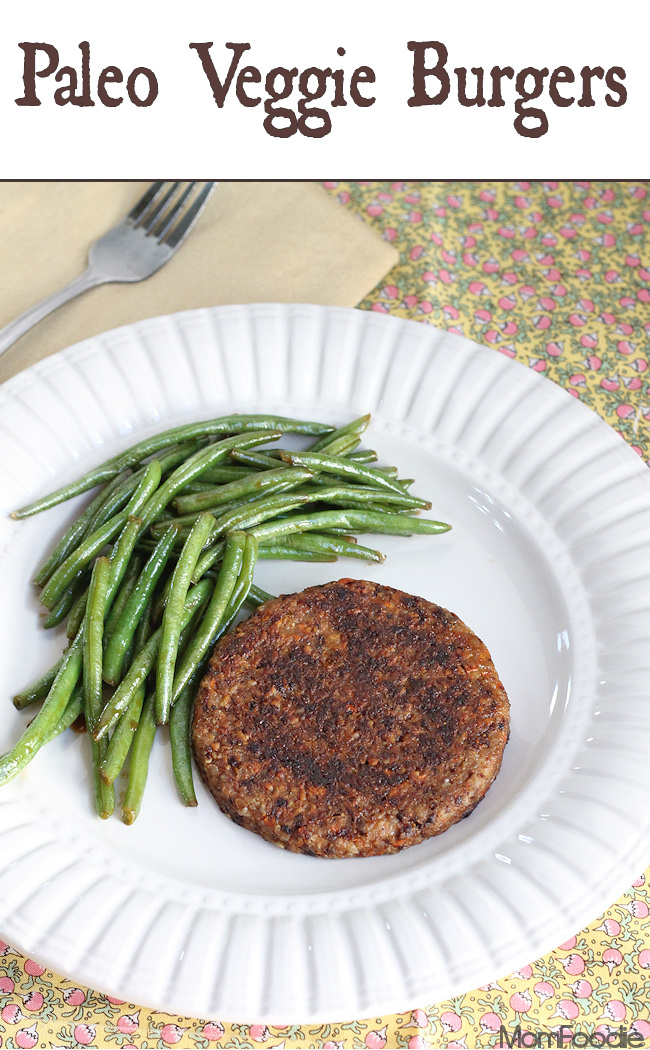 There seems to be a general lack of  Paleo or even gluten-free Veggie Burger recipes around.  When I saw "paleo" recipes with beans in them it reminded me of when my daughter was on a gluten & casein free diet and I couldn't find any gluten-free veggie burgers in the store.  It annoyed me.  Now some would say, why would someone on Paleo be eating a veggie burger?  Well, not everyone who eats veggie burgers is vegetarian.  I eat them, but I also eat seafood, chicken and the occasional pork product.  I very rarely eat beef, and the few times I do, it is either a steak tip end or thinly sliced brescola (an Italian dry cured beef).  I'm not on Paleo, but what if I was... mission Paleo Veggie Burger commenced.

Beans, soy and/or grains are a big part of typical veggie burgers.  None were going to be allowed, so suitable stand-ins were needed.  I recently made "bread crumbs" from cauliflower for some Paleo Chicken Fingers, and this seemed an even better fit for the cauliflower crumbs.  For this recipe I also added small shredded pieces of carrot to the roasting pan, as well.  Egg and a little tapioca starch would bind the burgers together and some ground walnut added a bit more protein, healthy fat and texture.  Minced garlic and onion were brought in to provided a boost of flavor.

The mixture seemed to have the consistency I was looking for, so I formed it into patties between sheets of plastic wrap, and popped them in the fridge to firm up a little.

After a short stay in the refrigerator, the paleo veggie burgers  were firmed up & just as sturdy as store bought.  They cooked up nicely in a skillet over medium heat, holding together very well.

I tried my burger plain and found it mildly sweet from the carrots and onion.  I decided it really didn't need any condiments, and finished it that way.  I would say the cauliflower added a nice character to the burger, and while carrot was pleasant, versions with sun-dried tomato or dried mushroom instead would probably be equally tasty.

If this veggie burger mixture was formed into nuggets, it would make an excellent kid food. You could also try my Paleo Chicken Nuggets with Sweet Potato. They are very toddler friendly.

A dehydrator would make the process of making these so much easier. I definitely need to get one SOON.

Try these burger patties with a slice of my Cassava Flour Bread! 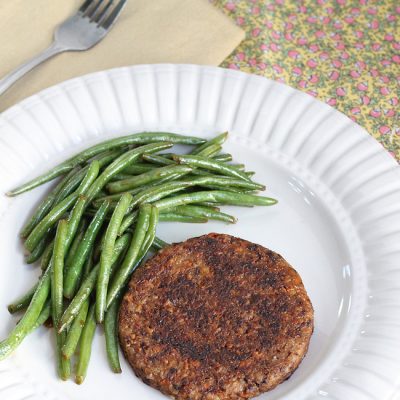