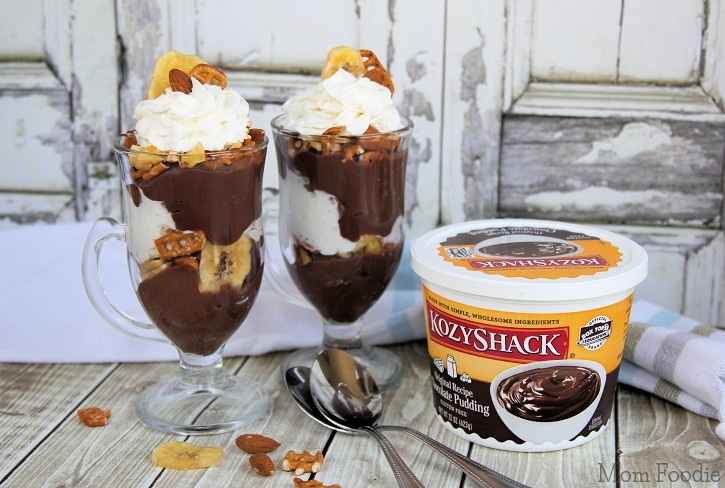 While chocolate pudding is quite dandy all on it’s own, it can be even more fun when you add some crunchy yummy bits and a generous dollop of whipped cream.  That is just what I did when making these Munchy-Crunchy Banana Chocolate Pudding Parfaits, to celebrate both the Summer of Pudding & National Chocolate Pudding Day on June 26th. 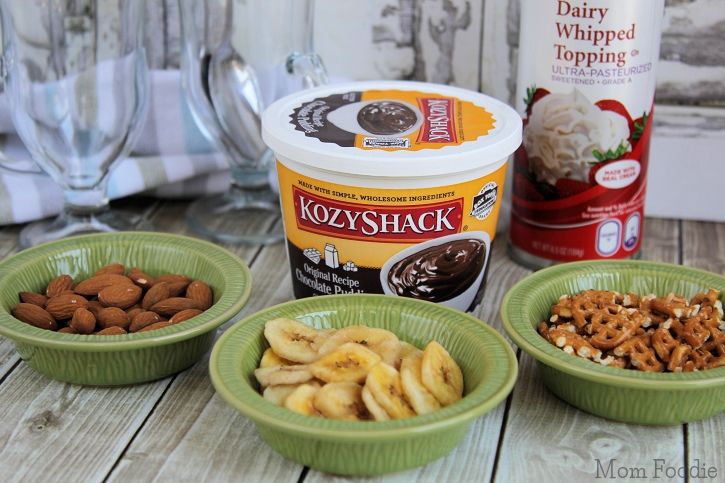 For the crunchy element, I chose raw almonds, dehydrated banana chips & crushed pretzels.  I knew they would taste great with my Kozy Shack Chocolate pudding…. and I wasn’t wrong.  YUM! 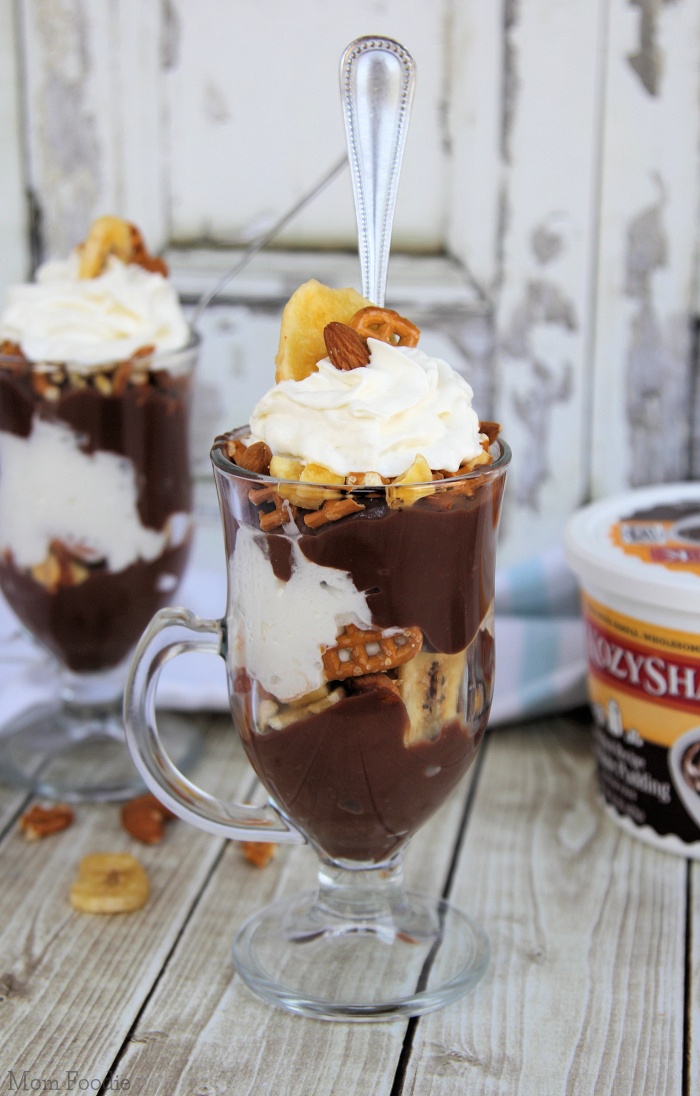 The Summer of Pudding

So, what is this Summer of Pudding?  Kozy Shack is asking us to share our memories and ideas about pudding on Instagram and Twitter with the hashtag #SummerofPudding #KozyShack, as well as join their summer long Facebook conversation.  Kozy Shack will be hosting giveaways on their social channels all summer long!

Privacy & Cookies: This site uses cookies. By continuing to use this website, you agree to their use.
To find out more, including how to control cookies, see here: Cookie Policy
Mom Foodie is a participant in the Amazon Services LLC Associates Program, an affiliate advertising program designed to provide a means for sites to earn advertising fees by advertising and linking to Amazon.com