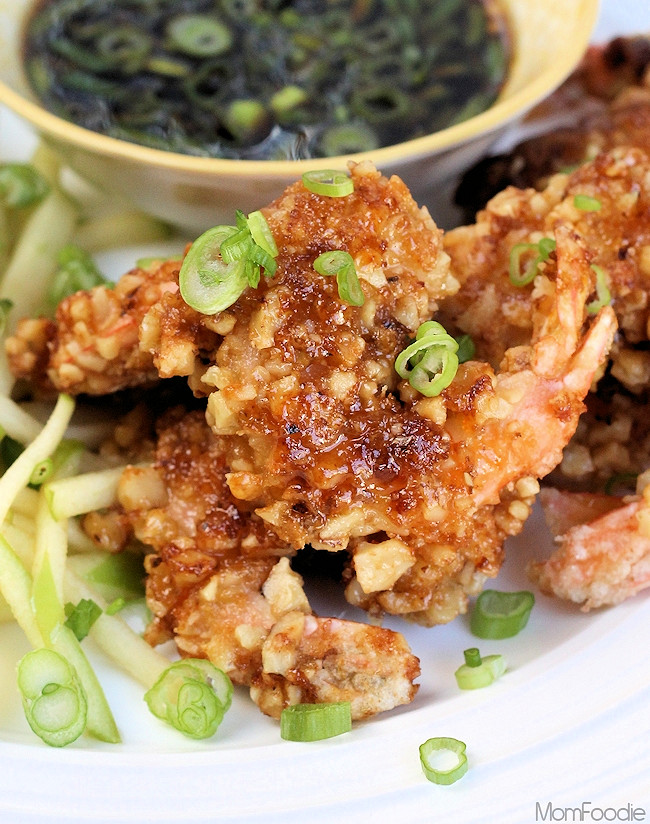 Candied Walnut Shrimp have that great combination of flavor and textural interest, that I really love in a dish. The delicate sweetness of the shrimp is not over-powered by the rich candied walnuts.  Both shine through.  The shrimp are teamed with a tangy and lightly spicy dipping sauce and a crisp green apple slaw to create a light yet well-rounded meal.

If you would prefer a creamier sauce, make my Japanese Yum Yum Sauce instead. 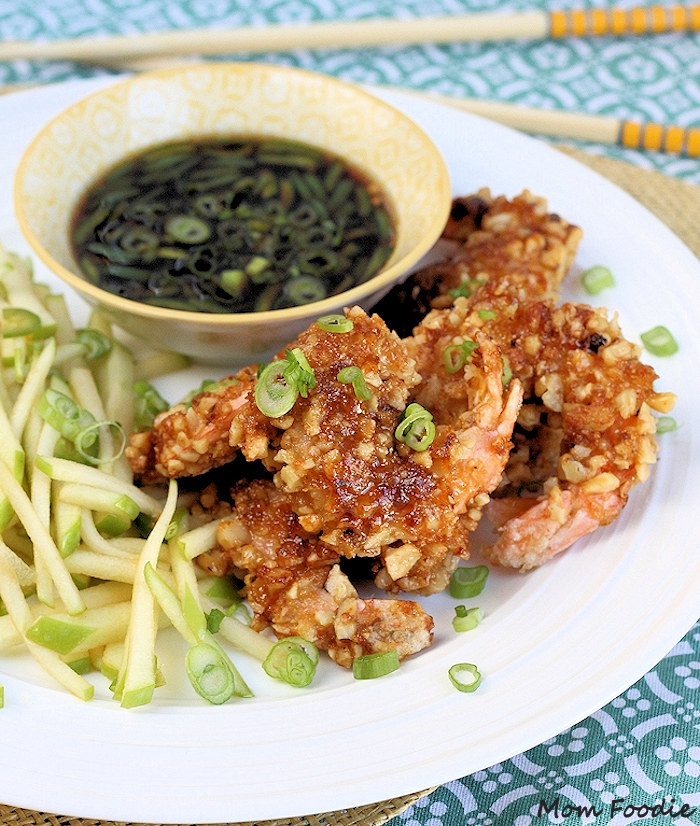 As I mentioned above, this would also make a great appetizer, but I personally think it is perfect for a romantic dinner.  I would start off with a nice brothy soup for the first course followed by these Candied Walnut Shrimp with Dipping Sauce accompanied by the Green Apple Slaw, as a light main course.  This leaves room for dessert.  Perhaps a nice slice of Key Lime Pie. 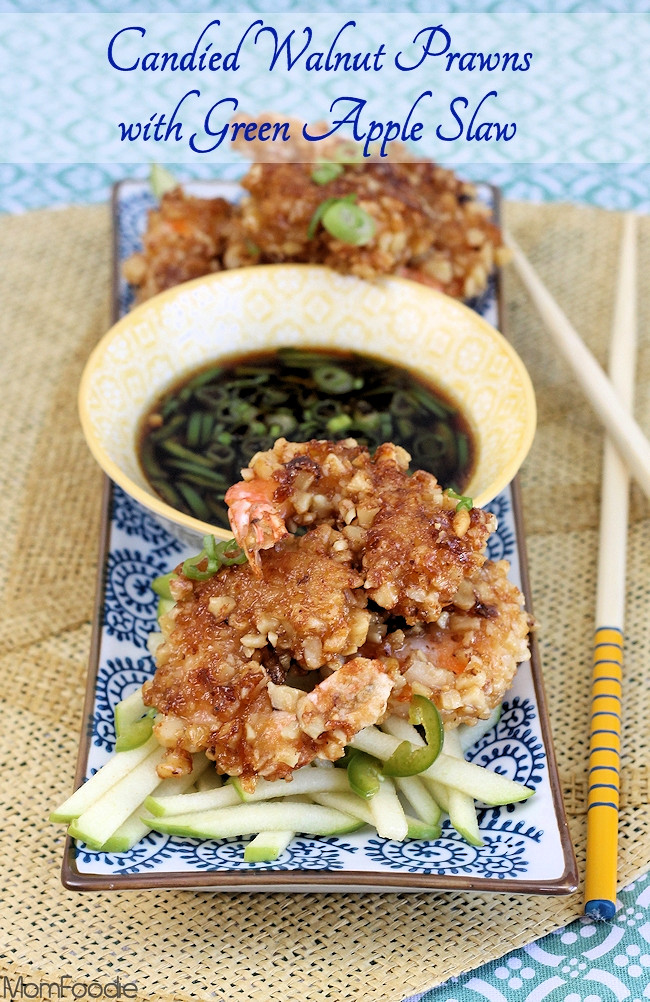 While this is a multi-step recipe, the candied walnuts can be prepared in advance, and the shrimp can be dredged and coated a little while before cooking.  Hands-on cooking time while entertaining your loved one would not be long at all then. The little extra effort for this recipe is so worth it.

While I typically make my candied nuts in a skillet with brown sugar, they can also be make in the oven, like in my recipe for  Candied Almonds. 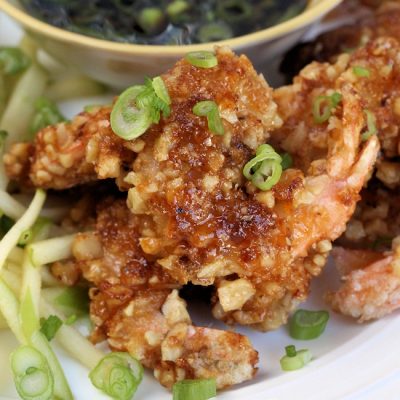