This Grapenut Custard Pudding is a great recipe to have on hand with the holidays coming up. Older folks will love it, and so does everyone else. I usually make the diabetic-freindly version of this pudding, so that is included in the recipe.

Grapenut Custard Pudding is a simple custard pudding featuring Grape Nuts cereal that is a dessert staple around here in Southern New England.  I live in Rhode Island, where it is incredibly popular with the older folks, and is on most traditional family restaurant menus.   While the original recipe is pretty healthy as far as desserts go, I tweaked it a little.  Now it is   not only diabetic friendly, but will still taste great to those who don’t share these concerns.

Grape Nuts cereal is packed with fiber and is a good source of protein, team that with milk & egg protein, and things are already looking good for this dessert.  By substituting a zero calorie sweetener that measures like sugar, I made the dessert diabetic friendly, while cutting calories.  Swapping out  2% milk for the blend of whole milk & half and half sometimes used for this recipe, cuts down on more calories, along with fat (I’d rather save those fat calories for a nice dollop of whipped cream on top myself).

These simple recipe alterations have actually made this pudding a viable healthy option for a quick breakfast too, not just dessert.

How to Make Grapenut Custard Pudding

A simple visual walk through of making the pudding. Full recipe below. 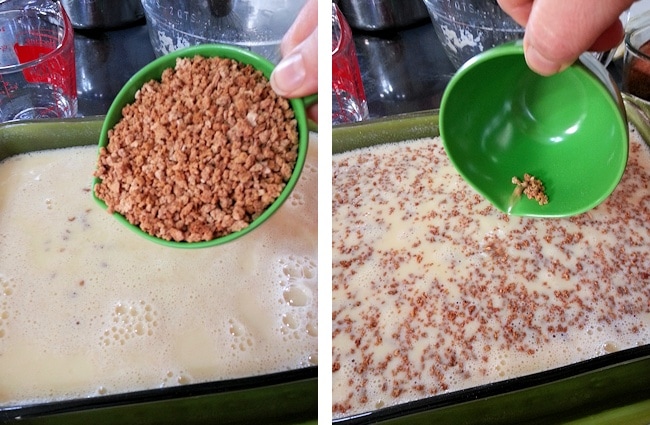 Just dump the Grape Nuts over the custard.  Most will sink and create a sort of crust, but a few will float and add a little texture to the top.

A water bath keeps the pudding tender, so select a baking dish that you can fit in another.  Here I have a 2 quart 8×11 baking dish cradled in a 3 quart lasagna dish.  A disposable roasting pan, rested on a sheet pan would work well as a water holder, and as it won’t get dirty, thus could still be used later. 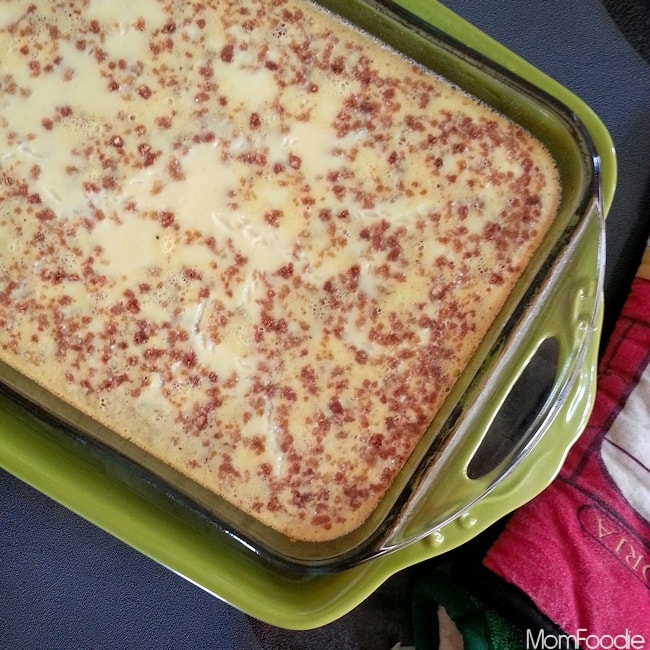 After about 50 minutes, the Diabetic Grapenut Custard should be done.  It is served both warm or cold, although my personal preference is cold with whipped cream, my in-laws are lovers of their grapenut pudding hot with copious amounts of whipped cream on top. 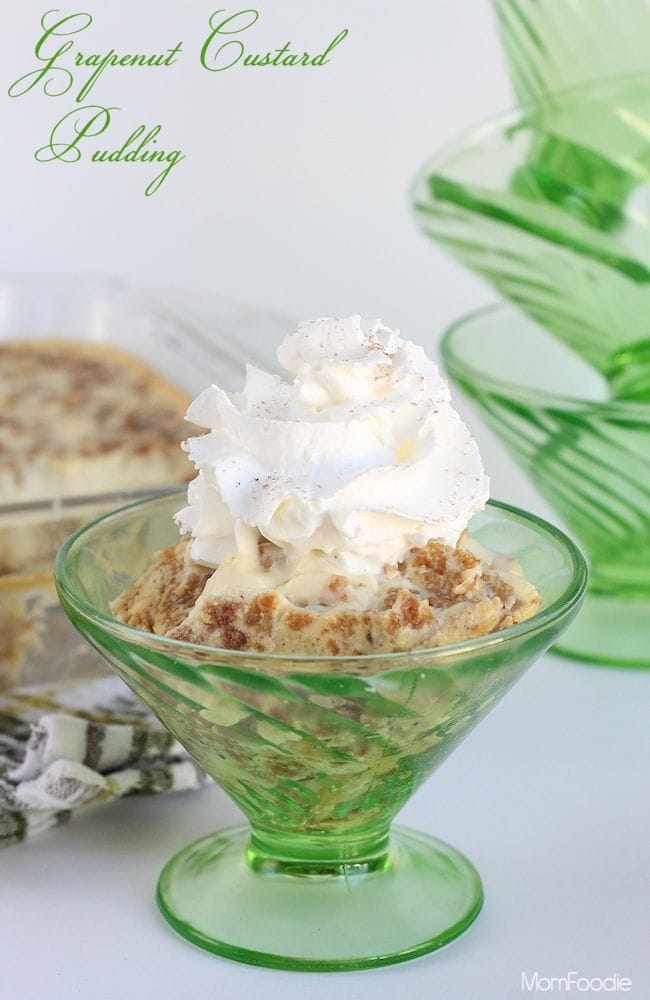 Grapenut Pudding is a traditional New England dessert. It is a custard featuring Grape Nuts cereal. This includes a sugar-free version and is reduced fat.

Net carbs are lower, as the fiber and sugar alcohols would be subtracted when using erythritol. I estimate they are around 11 or 12 per serving. 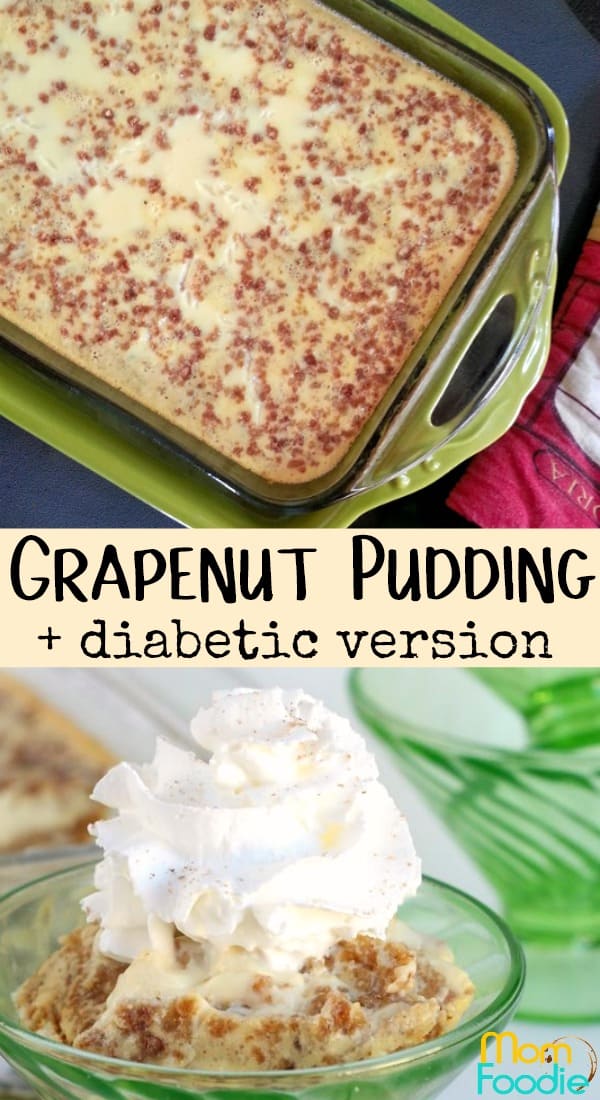