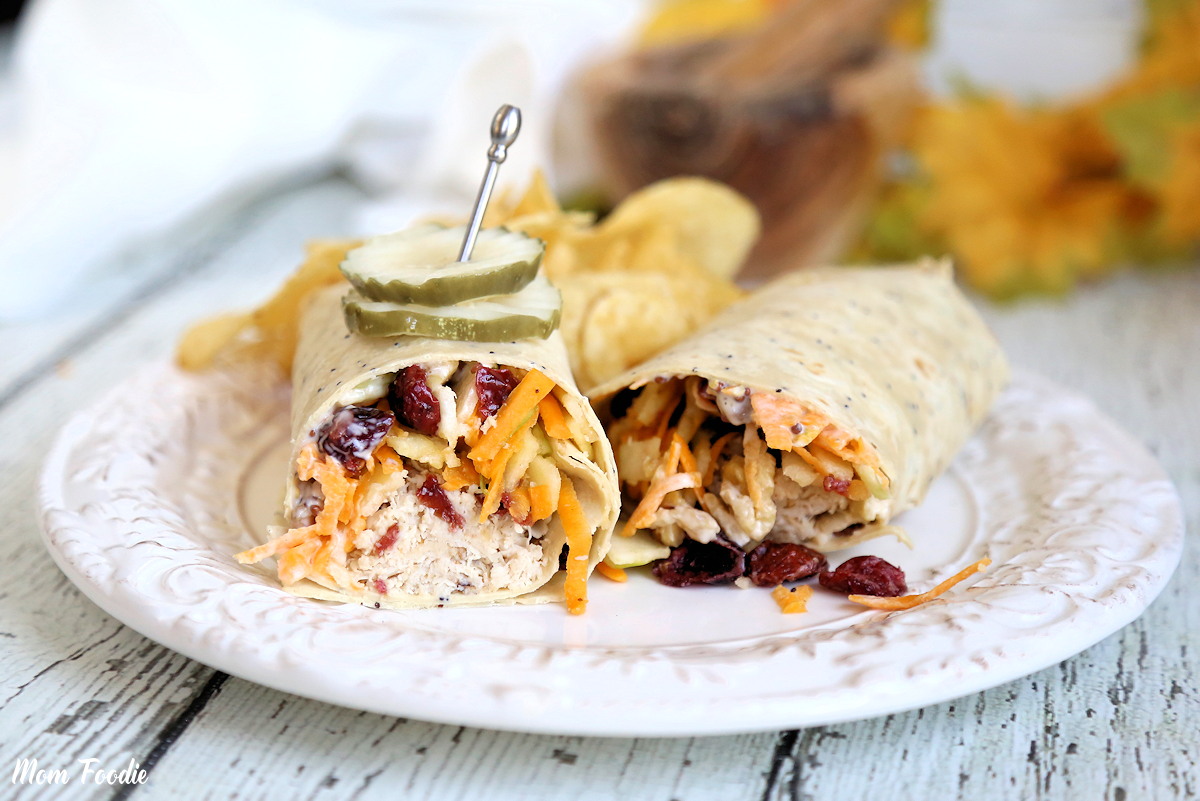 Fall in New England, especially Southern New England where I live is a quirky unpredictable season. As the seasonal harvest comes in, the weather fluctuates from chilly to hot is seemingly the blink of an eye. That is the weather here in Rhode Island this week, chilly in the morning, yet mid 80’s by early afternoon. I’m ready for seasonal flavors, but not heavy foods.  This cold Harvest Turkey Wrap is directly inspired by the combination traditional New England fall flavors and crazy local weather.

McKenzie Natural Artisan Deli‘s Antibiotic Free Maple Honey Turkey seemed the perfect deli meat to team with the fruits of the fall harvest.  I chose a mixture of shredded butternut squash, match sticks of Granny Smith Apple, dried cranberries and chopped walnuts to use as an undressed sort of slaw to put in the wraps. I did use a Whole grain mustard and Apple Cider vinegar mayonnaise in the wrap too, but didn’t want to actually coat the fresh squash and apple in it. Between all of this the wrap has ample moisture, texture and flavor. 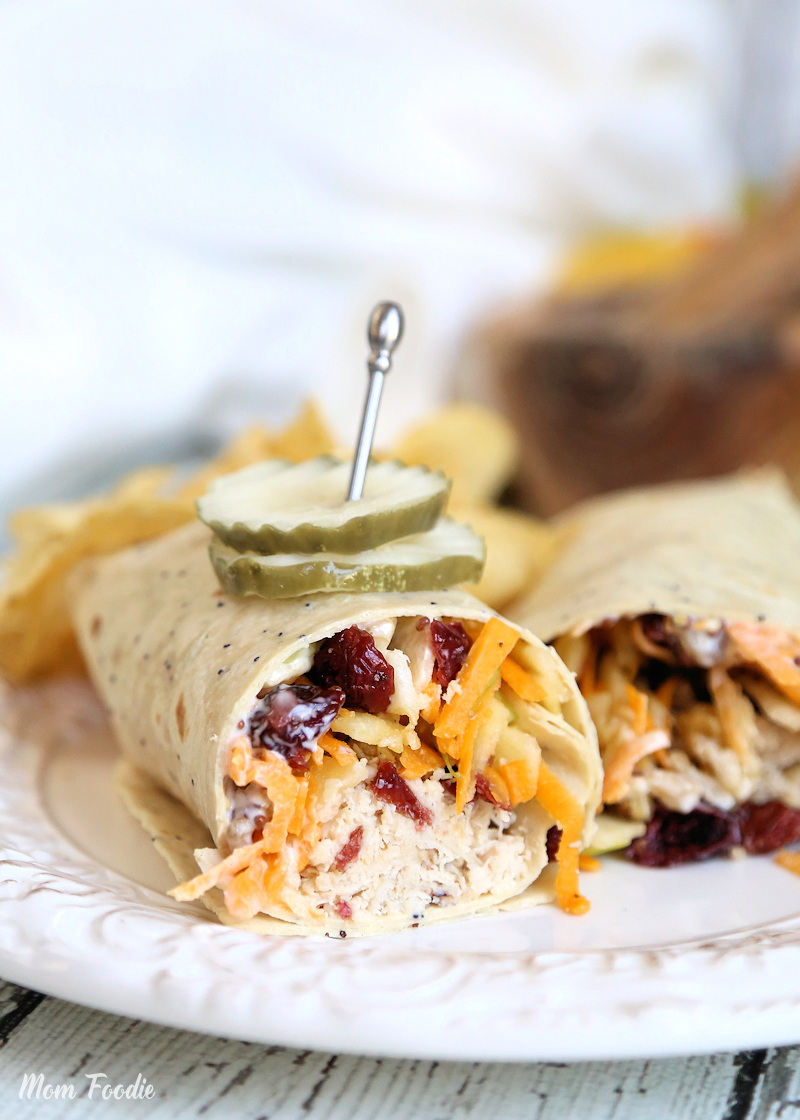 Prior to assembly, the undressed slaw will need to be cut and mixed. The simple mayonnaise spread will also need to be mixed. Full recipe below. 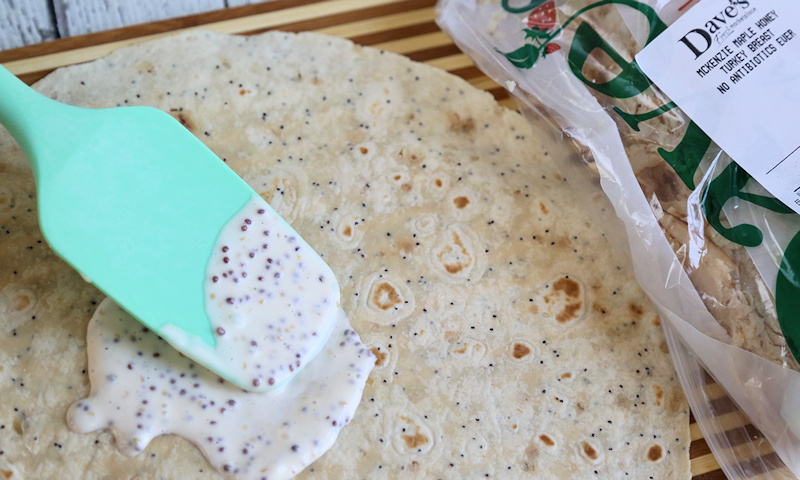 First spread a dollop of the simple spread made of mayonnaise with whole grain mustard and a hint of apple cider vinegar. 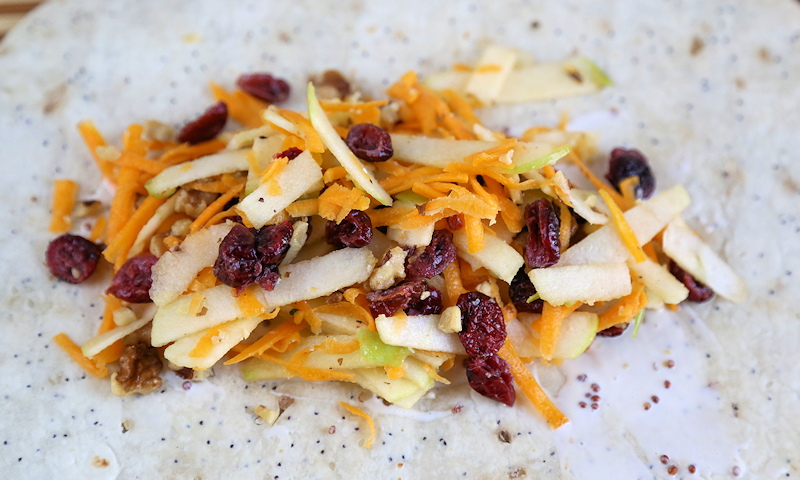 A nice pile of butternut, apple, cranberry & walnut undressed slaw is placed on top of the spread.

Finally, a nice helping of the Maple Honey Turkey from McKenzie Natural Artisan Deli is nestled against the slaw and the New England Harvest Turkey Wrap is rolled up like a burrito.

McKenzie Natural Artisan Deli founded in Burlington, VT prides itself in creating only the finest quality whole muscle meat deli meats and cheeses, with no hormones or antibiotics…ever! The brand was previously only stocked in Vermont and select locations in New England and New York, but is now readily available in Rhode Island and Connecticut! Their products are now carried at Big Y and Dave’s Marketplace. 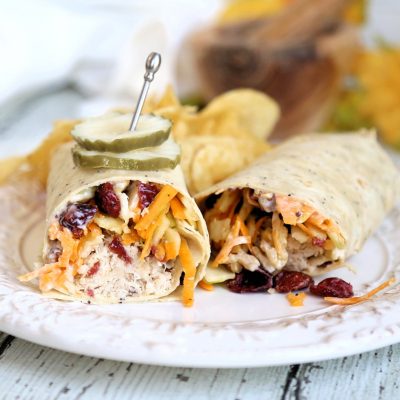