Instant Pot Clam Chowder is a quick and easy way to make this comforting seafood stew. As a New England native I grew up on chowder. We do love clams around here. As a kid we even dug them ourselves at the beach for that evening's dinner.

While harvesting clams and enjoying homemade clam cakes and chowder may sound idyllic, the pot of chowder always seemed to take forever to finish cooking. It was frustrating to wait, because my mom didn't make the clam cakes until the chowder was done. After a day at the beach digging up the clams, we were eager to reap the reward.

While chowder can also be easily made in a slow cooker, the electric pressure cooker speeds the cooking right up! We want chowder and we want instant gratification...lol 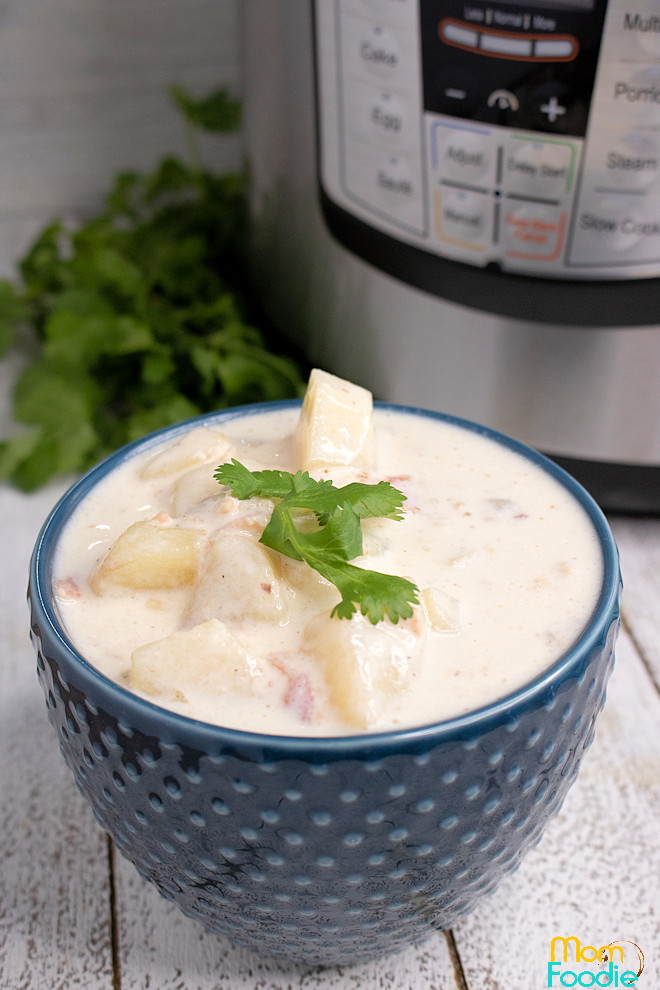 I'm sharing how you can make any of the three most  popular clam chowders in the Insta Pot. The high pressure cooks this stew incredibly fast.

First, let's discuss the chowder types, if you are already savvy on this skip to the next part.

Preparation for each version is discussed in the printable recipe card below. 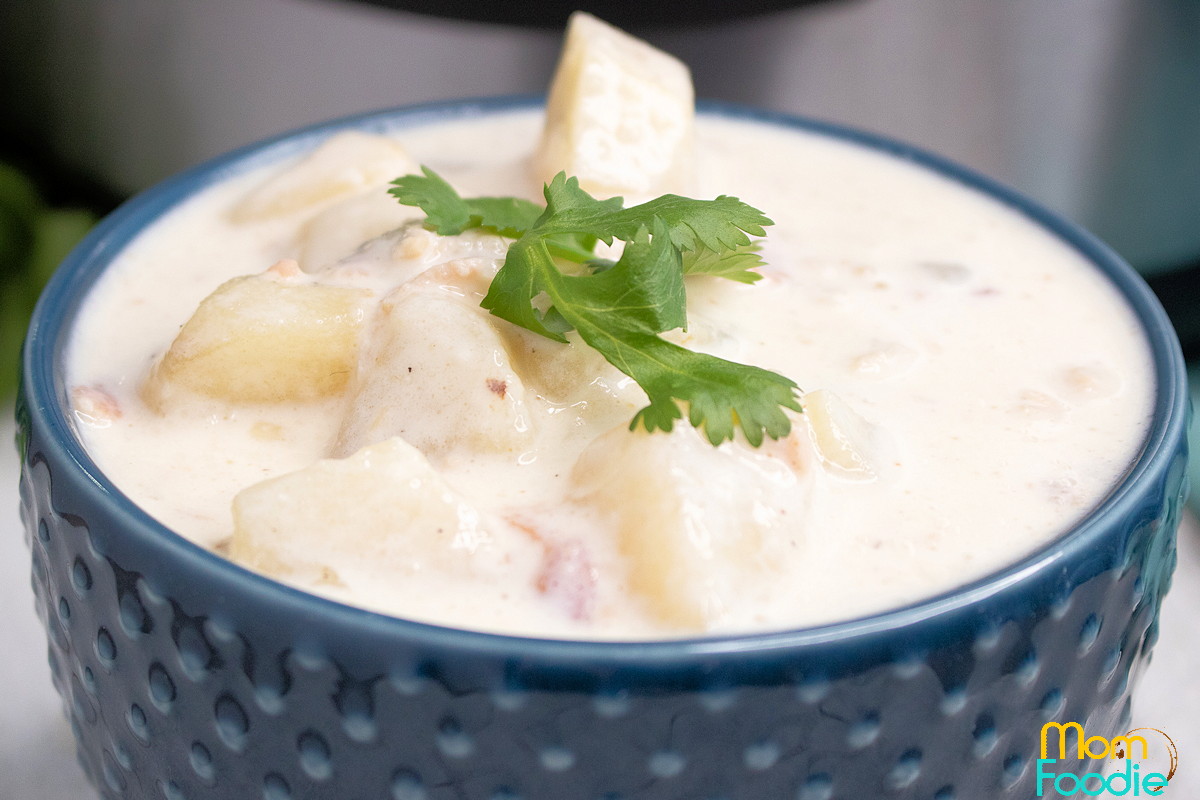 The main recipe I have for you is New England Clam Chowder, which has milk or cream in it. It is s rich stew like chowder and overall the most popular type. 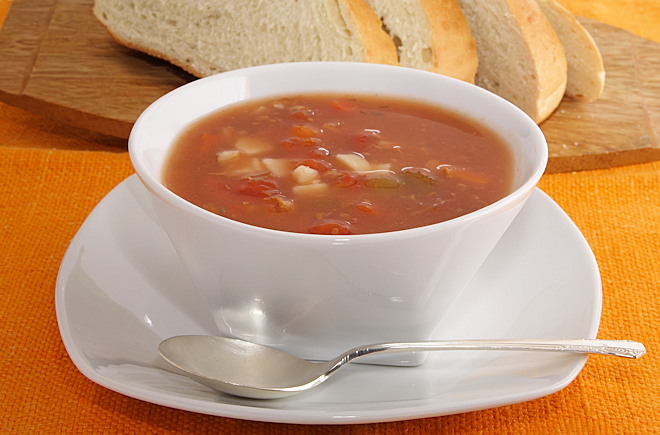 Red clam chowder is called Manhattan.  It is typically made with canned tomatoes rather than cream.

Here in Rhode Island we also serve a clear chowder. It is commonly referred to as Rhode Island Chowder, but I expect in other areas it would simply be called clear.
Sorry, no pic of this style.

How to Make Clam Chowder in Instant Pot

Clam Chowder is easy to make anyway, but even more so in the electric pressure cooker. Here are step by step directions with pictures to guide you along, if you need them. Printable recipe card below. 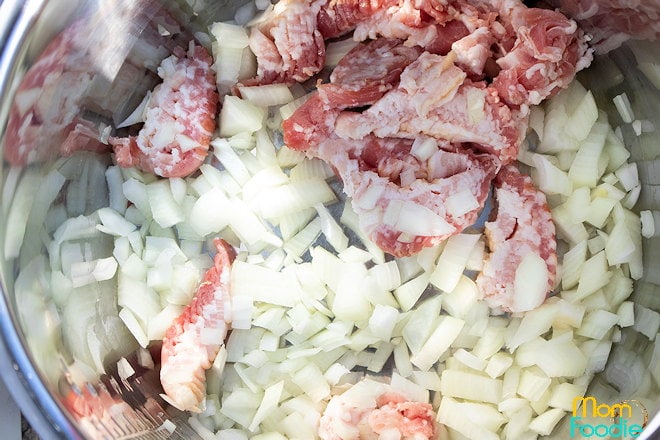 First, chopped bacon and onions go in the Instant Pot. 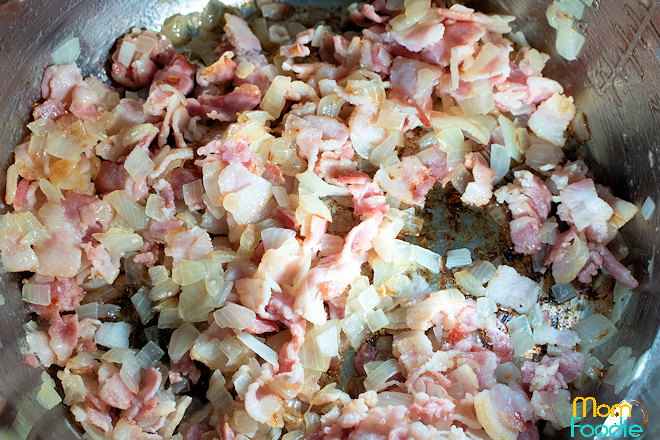 Brown them up on saute mode until the bacon has rendered. 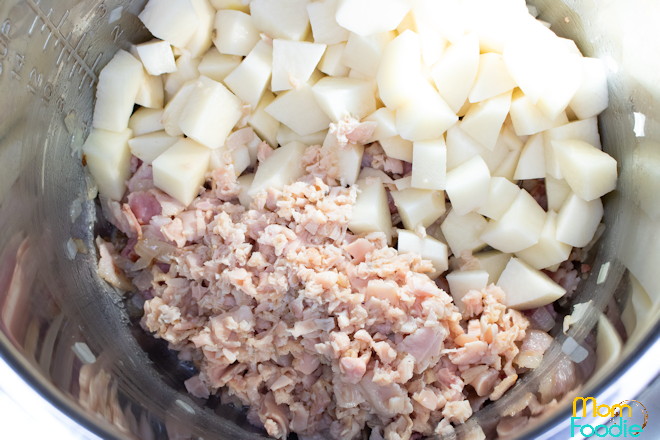 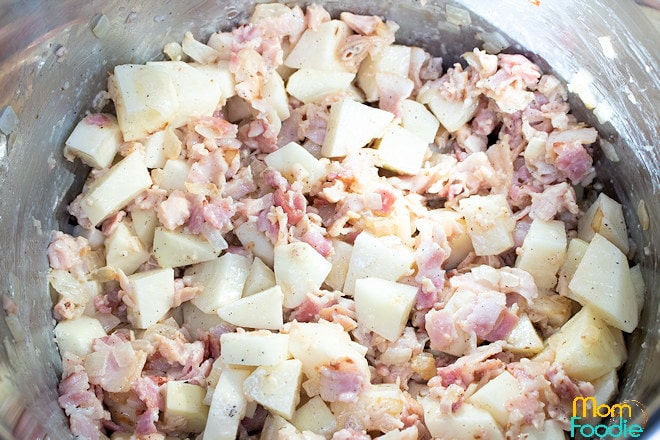 Stir it together to coat. 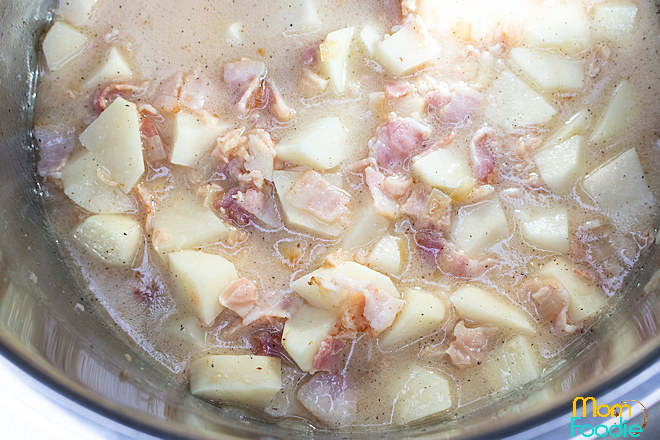 Add the salt and pepper. Then pour in the water.

Lock and seal the pressure cooker. Set for a manual-high time of 3 minutes. Use quick release when it is done. 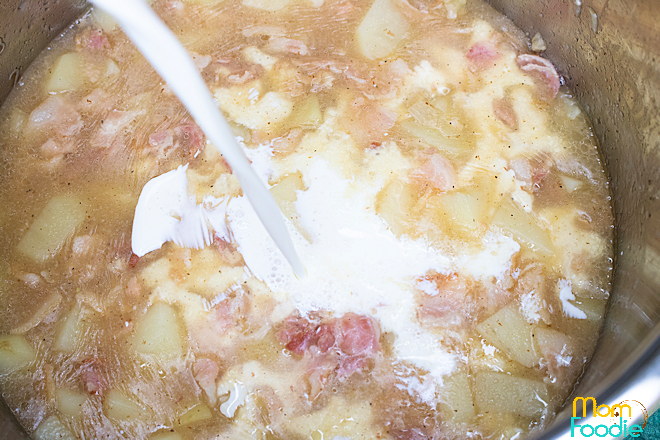 Now pour in the half and half. 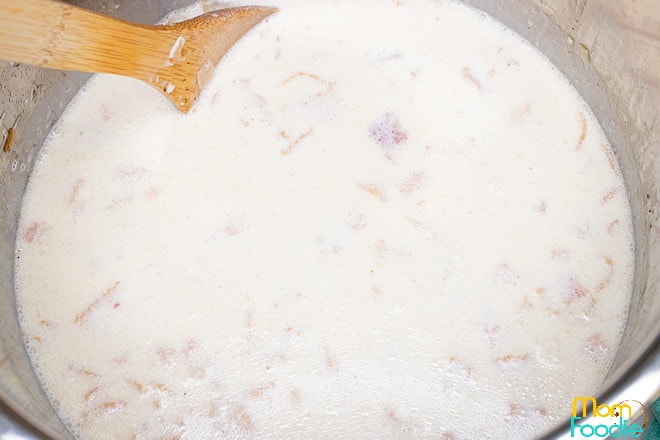 Serve with oyster crackers, clam cakes, or even in bread bowls for a satisfying family meal.

Making the Other Types of Chowder

If making the red Manhattan chowder, add a large can of diced tomatoes along with an extra cup or two of water before pressure cooking. Skip adding the cream/half & half after.

When making the Rhode Island clear chowder you will skip both the tomatoes and cream. You may want to add a cup or two of clam broth to enhance the flavor along with equivalent extra water. 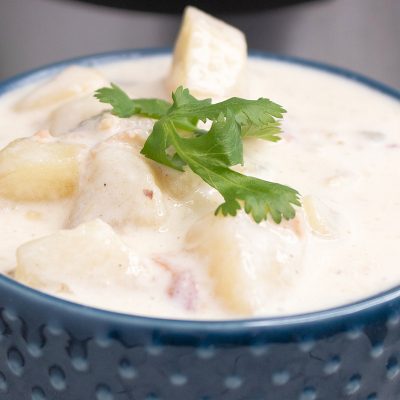 Red and Clear chowders are 310-320 calories per serving. Carbs are roughly the same. Fat is 15 and saturated fat is 4 grams each. Sodium is about 100mg higher. All are excellent sources of potassium. Recipe time does not include coming to pressure and release.