Sloppy Joe Sauce is a very versatile starter for both weekend and weeknight meals... and sometimes, like with the recipe I'm going to share with you below, a weekend meal, that makes a whole new weeknight meal later on. 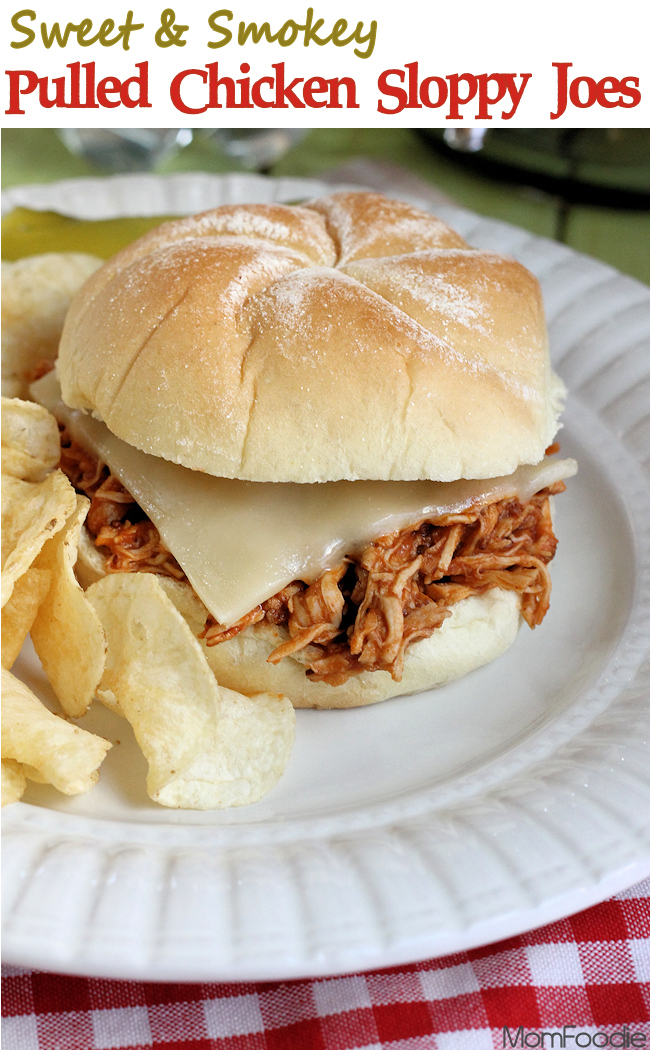 Some Sweet & Smokey Pulled Chicken Sloppy Joes with kettle chips seemed just the thing for Sunday dinner, so I picked up a big package of chicken breasts on sale, grabbed a package of bacon and a big Vidalia onion.  Sloppy Joe sauce was the base for the sauce, and a few things tossed in made it my own.

I browned up some chopped bacon and onions, added the sauce and some seasonings, dropped in the chicken to simmer, and pretty much forgot about it, other than giving it a stir once or twice.  After the sauce had thickened, I shredded the chicken, right back into the pot. 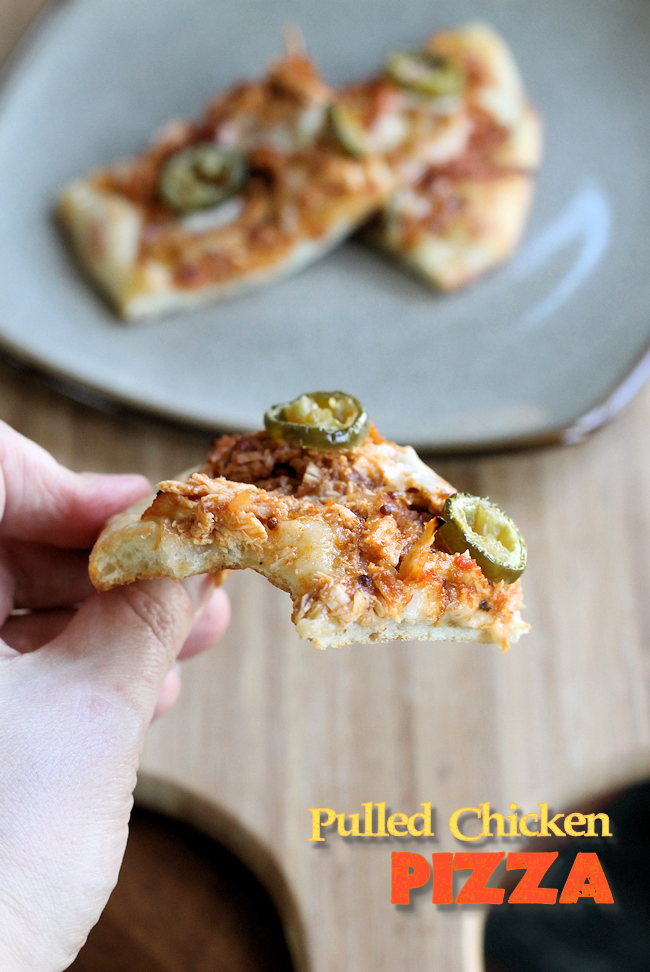 The pulled chicken went right on bulkie rolls with a nice slice of sharp cheddar.  Nom, nom.  Lil' Foodie was not feeling the bib, so wore her dinner as usual.    Later in the week I spread leftover pulled chicken onto some bakery pizza dough & topped it off with cheddar & pickled jalapenos.  YUM!!! Even better than the sloppy joes.

Here is my recipe for the pulled chicken I used in both meals. 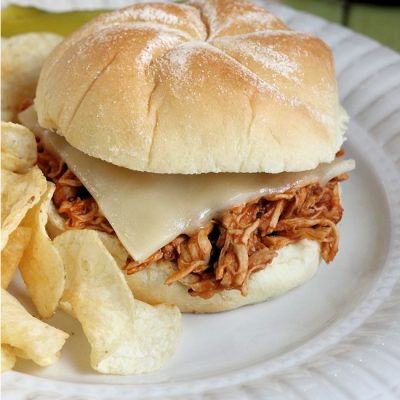