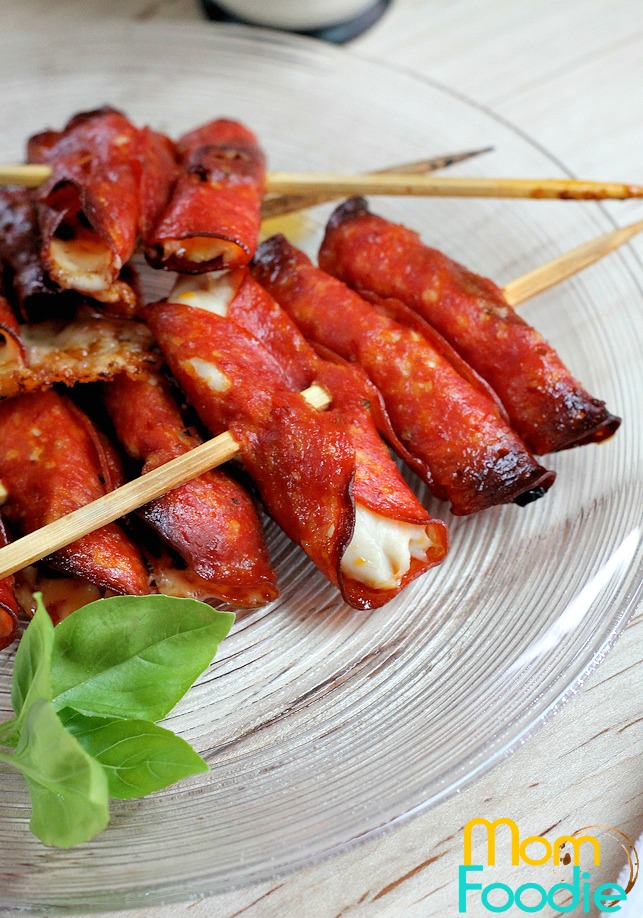 I don't know about you, but I've sort of got a thing for the pepperoni and cheese that gets a little extra crispy on a pizza.  It is hard to resist picking those delectable morsels off, when a pizza sort of drools off the edge of it's crust Frankly, I don't even try to resist.  It would be futile.  Now crust and sauce are nice too, but when you are trying to drop a few pounds I have this theory that paring it down to what you're REALLY craving and going straight for it with precision targeted accuracy will get you over it, so you can move on.

Nope this isn't low fat, nor low in calories.  It is low in carbs and high in protein though, so you'll feel satisfied and if you figure that most of grease will end out in the pan instead of soaking into your pizza you may start to see this as bordering on diet food yourself.

Anyway enough of the diet or not diet self debate, these wee pepperoni purses each lovingly cradle a bite sized chuck of chicken, a sliver of sun-dried tomato, a couple basil leaves and a matchstick of sharp cheddar.  Bite sized heaven on a stick.  Nosh on them as is, slosh em' around in warm marinara, plop on top of a salad or over some pasta... whateva'. Yum! 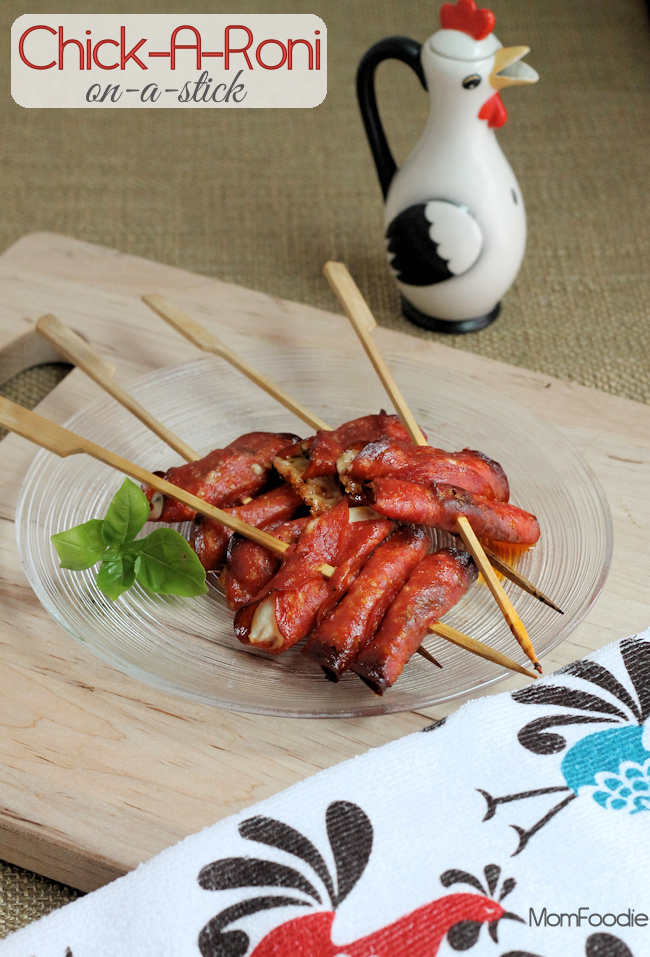 Wha'??  Don't even tell me she is trying to pass this pepperoni wrapped chicken off as some sort of diet food.  The chick has finally gone completely off her rocker.

If you are on a ketogenic diet these pepperoni wrapped chicken bites are perfect Keto Appetizers! I created the recipe before the keto diet took off. Since then it has become very popular with those following the diet.

Eat them just as they are right off the stick or serve with a low carb marinara sauce or try them with my Keto Yum Yum sauce! 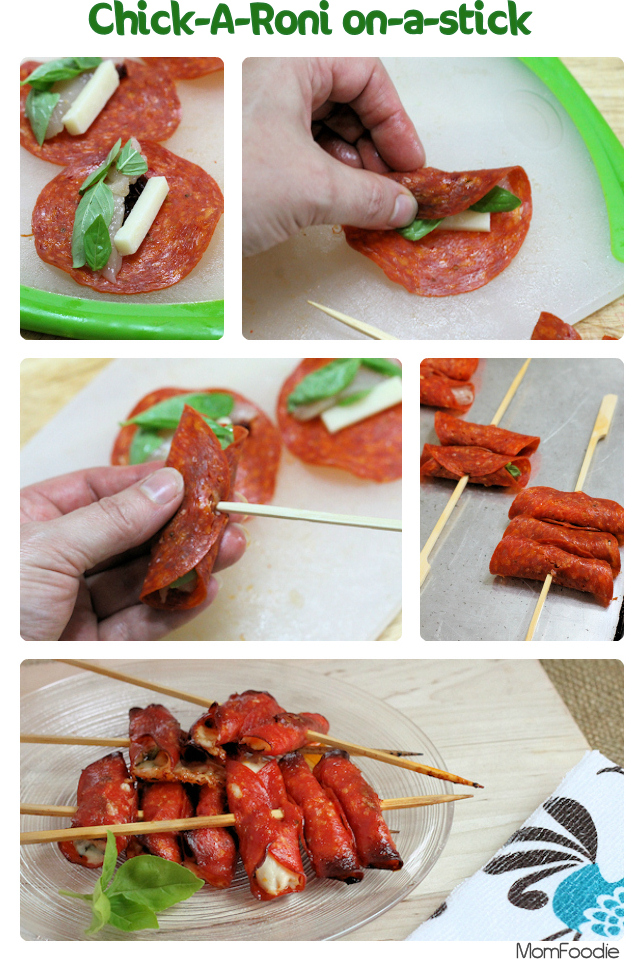 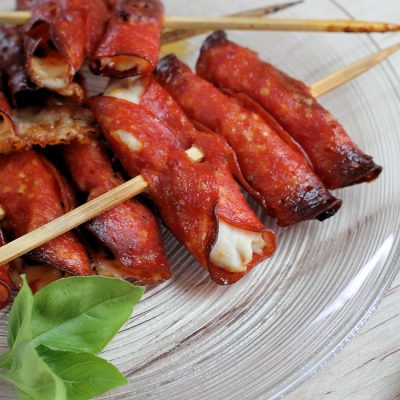 *3 per skewer works out well, but as long as they are not packed on tightly adding a couple more should not be a problem. Use the sandwich sized pepperoni. It is called Pepperoni Salami at some deli counters. 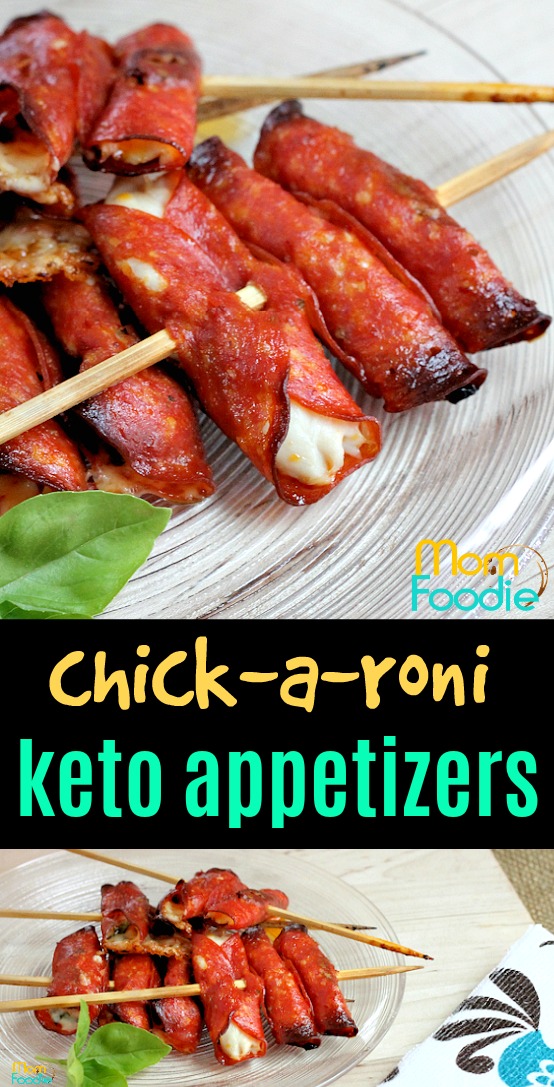