This Hash Brown Breakfast recipe is an easy  hearty breakfast skillet your family will love. Ham and cheese compliment the crispy has bowns and sunny side eggs on top are both visually  appealing and delicious. You will love that the skillet hash brown breakfast casserole is all cooked in one pan.

A crispy hash browns skillet with ham, eggs and cheese makes the perfect comfort food hashbrown breakfast. It is basically a hash brown breakfast casserole made in your skillet rather than a baking dish! 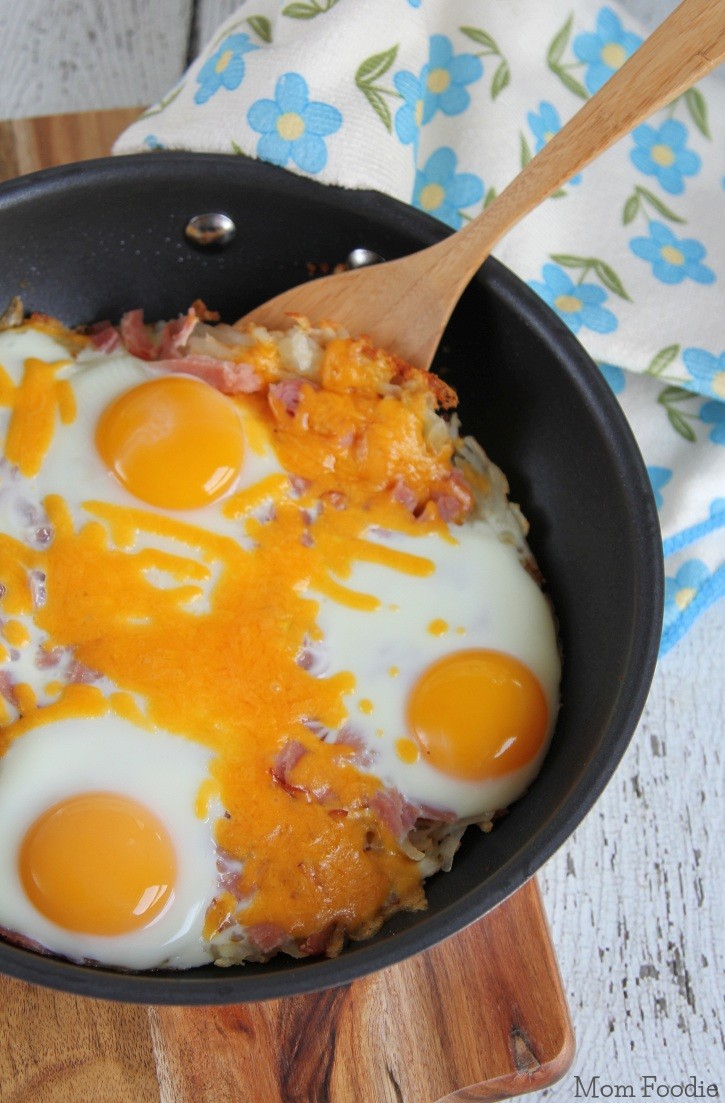 I love starting the day with a nice hot, hearty breakfast, but it can be a bit time consuming. Honestly in a groggy state, making coffee can be challenging for me when I first get up. I've been making a real breakfast more often lately. Frozen hash browns have been a life saver, no way I'm shredding fresh shredded potatoes for hash browns early in the morning.

Crispy hash browned potatoes make the base of this skillet meal. Chopped ham, sunny side up eggs and cheddar top it off. While really quite simple, I think it presents well. The hashbrown breakfast skillet recipe takes just 5 minutes of prep, then 15 mins on the stove top and 10 mins in the oven. 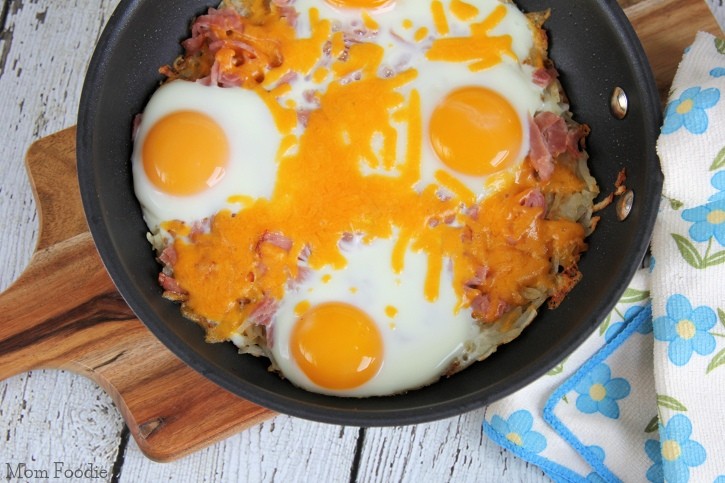 Cook the hash browns for about 15 minutes, stirring occasionally, until you have browned crispy hash browns.

Spread the hash browns evenly in the pan then press down with spatula, top with ½ the cheese, then the chopped ham.

Press down again, then crack the eggs and gently  drop each over the top. Pop the skillet in the oven for 7-8 minutes, until eggs are nearly set, but some whites are still translucent.

Take the skillet out, sprinkle on shredded cheese around the eggs and return to over for 2 more minutes to melt cheese and egg whites are set.

Serve the hash brown skillet breakfast with some homemade everything bagels or English Muffins and fresh squeezed juice or a mimosa.

Feel free to mix things up with this hashbrown casserole breakfast skillet. Here are a few ideas:

If you are looking for a few more easy breakfast options, try my Sausage Breakfast Burritos , Sausage and Cheese Crescent Roll Breakfast Casserole or Oatmeal Waffles. 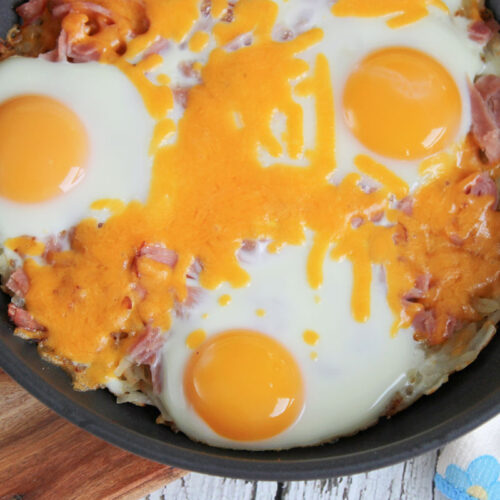